The company received approval for the program in December 2019.

Read: Aldoro to commence drilling at Penny South in January

Details of the program

The target corridor is shown to correspond to a prospective assemblage of low magnetic greenstone and granodiorite units observed to host gold mineralisation at the Penny West project.

Previous holders of Aldoro’s target tenement E57/1045 had only sparsely tested the area. Less than 8% of historic drilling has been undertaken here as you can see in the figure below: 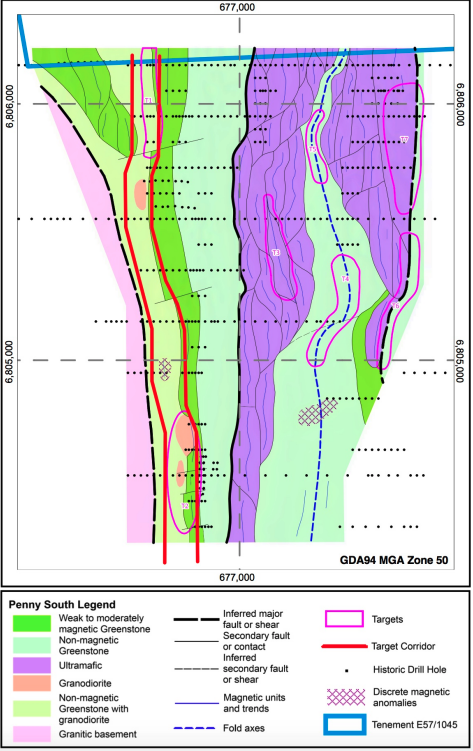 Aldoro plans to drill 100 holes at 100m x 25m spacing along 2km of strike; with sample analysis for gold and multi-element geochemistry for pathfinder elements known to be associated with mineralisation at the neighbouring Penny West and Penny North deposits.

Assay results will be released shortly after the completion of drilling.