As announced on 24 November 2020, a total of 16 major targets were initially identified by an airborne VTEM survey around the Milgoo Peak area of the Narndee Igneous Complex.

Further refinement of data and imagery in December 2020 provided the basis for the selection of seven clear, discreet bedrock conductors - exceptional targets for follow-up exploration, along with nine broader, deeper anomalies. 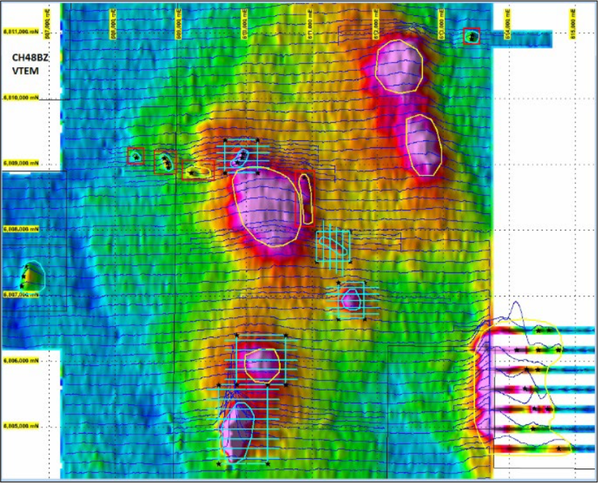 These notable targets form the basis for the follow-up ground based FLTEM geophysical survey, offering a higher level of target discrimination than the VTEM results.

Commencing on 12 February 2021, with contractors HPEM Geophysical Services, the survey with enable the differentiate EM sources and eliminate spurious conductor anomalies such as trapped saline water in the weathered bedrock.

By establishing the true conductance levels for the bedrock conductors indicating the strong likelihood of sulphides, the probability of selecting false positive anomalies as drilling targets, is significantly nullified. 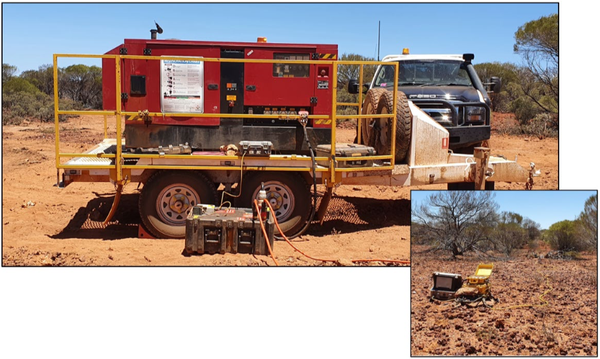 FLTEM transmitter equipment on site at Narndee. Inset, receiver loop capturing readings on one of the survey lines.

The subsequent results will be reviewed by Aldoro’s geophysical consultants, Southern Geoscience Consultants, with overall data interpretation and subsequest conductor modelling expected to be concluded in 4-6 weeks.

This data will be bolstered by a complementary 2DIP survey expected to commence in 3-4 weeks’ time, which will offer an additional layer of target interrogation.

Together with FLTEM, these combined datasets will significantly increase the likelihood of selecting only legitimate (sulphide) bedrock conductors for follow-up exploration.

The Narndee Project continues to be Aldoro’s core focus going forward and the Company shall provide shareholders with updates on exploration progress as required.

Aldoro has a collection of gold and nickel focused advanced exploration projects all located in Western Australia.