Aldoro Resources (ASX:ARN) opened up 75% at 24.5 cents this morning after emerging from a trading halt and announcing the acquisition of advanced exploration projects including the Penny South Gold Project in the Youanmi Gold Mining District.

Aldoro has entered into a binding option agreement to acquire 100% of Altilium Metals Limited.

The tenements contain a number of advanced exploration projects around the Younami Gold Mining District and the Windimurra-Narndee Igneous Complex. The projects are principally focused on gold, nickel and copper mineralisation. 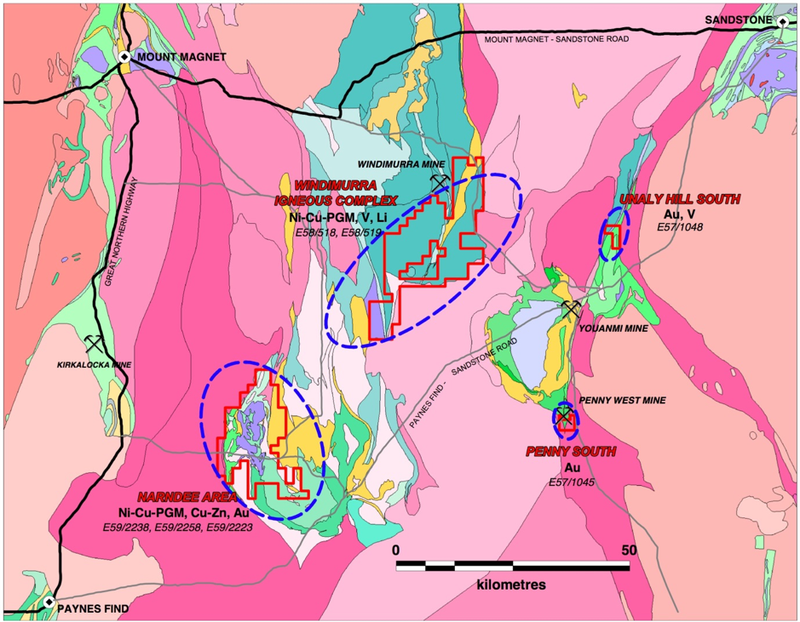 Spectrum Metals’ share price has gained ~1,500% over the past year as it progresses exploration. It has reported outstanding recent exploration success at Penny North and at the southern end of the Penny West pit within deeper drill holes beneath cover. 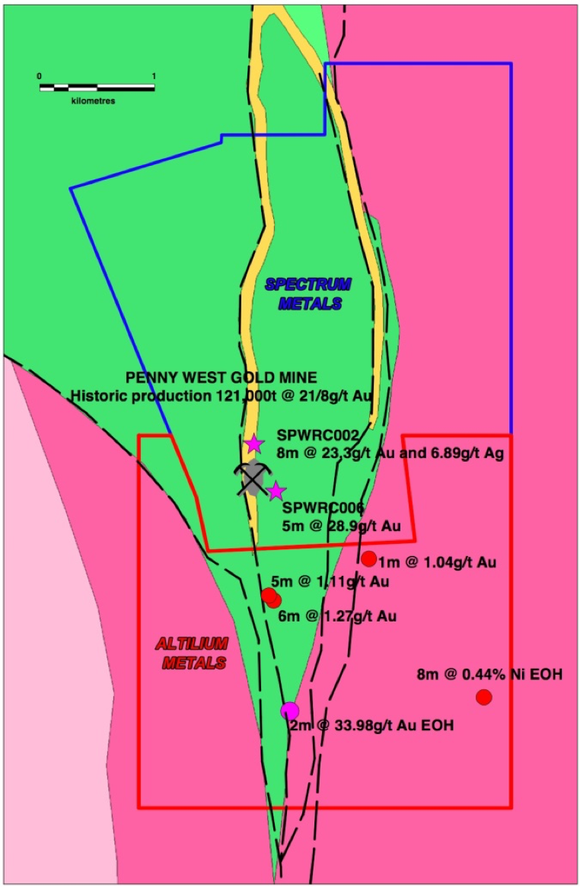 Like the Penny West area, tenement E57/1045 contains limited outcrop and is overlain by 1m to 30m of sand and sedimentary cover. The average depth of historic drilling within the Penny South Gold Project is less than 40m down hole.

Aldoro intends to utilise a similar exploration strategy to Spectrum to test surface anomalies at depth.

Here is a view of the wider Youanmi Gold Mining District: 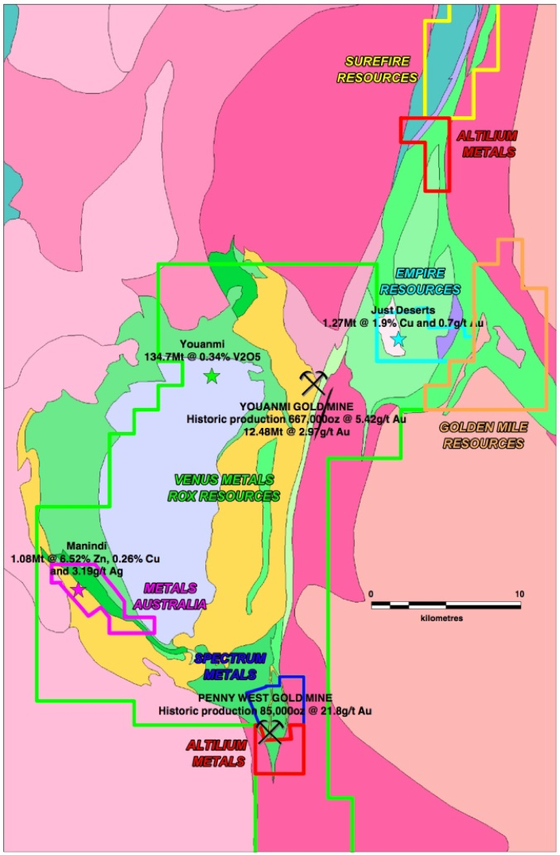 Maximus Resources (ASX:MXR) flew an airborne EM survey over the complex in 2008, identifying multiple EM targets, but only conducted limited follow up work. Aldoro intends to build on this wealth of historical information, including multiple geophysical datasets, and is excited by the nickel potential of the project.

The Kiabye Greenstone Belt wraps around the western side of the Narndee Complex, predominantly formed of Norie Group amphibolite-metabasalt and Yaloginda metasedimentary units, with a sheared contact against the surrounding Tuckanarra Suite granite.

The greenstone belt extends for over 30km of strike and is historically underexplored due to thin 1m to 5m cover. Anomalous indications of gold have been identified along the length of the belt in historic work.

Tenement E57/1048 lies at the southern end of the Atley Complex, located between the Youanmi and Sandstone Gold Mining Districts and contiguous with Surefire Resources (ASX:SRN) Unaly Hill Vanadium Project.

Recent field work and geological mapping interpretation by Altilium has identified over 20 pegmatites at the edge of the Windimurra Complex, that are considered prospective for lithium mineralisation.

The key terms of the acquisition are as follows:

Commenting on the acquisition Aldoro’s Chairman Jeremy King said: “We are extremely pleased to reach agreement for the acquisition of Altilium Metals. The addition of their exciting exploration assets, including the Penny South Gold Project, greatly enhances Aldoro’s existing portfolio and builds on our long-term strategy of creating a significant Western Australian exploration and development company.”

Aldoro has finalised binding terms for a share placement to raise capital for exploration activities and working capital.

The raising was very well supported by the Altilium vendors in addition to the Aldoro directors who have subscribed for $90,000 of the placement (subject to shareholder approval).