Alacer Gold is located in Turkey, a region which currently carries high sovereign risk. Those considering this stock as an investment should take this very high risk environment into account and seek independent financial advice for further information.

Alacer Gold Corporation (ASX: AQG) has achieved its best quarter of production for 2016 from the Copler gold project located in Turkey. The company announced its 2016 Results and Increased Production Guidance, which showed that in three months to December 31, 2016 AQG produced 33,800 ounces of gold, well above the previous quarter when production was 23,200 ounces.

This resulted in the company achieving full-year production of approximately 119,000 ounces, at the midpoint of December guidance which was in a range between 115,000 ounces and 125,000 ounces.

Alacer finished in a strong financial position being debt free and having a cash balance of $215 million.

In discussing the year ahead, Chief Executive Rod Antal said, “In addition to the higher gold production, 2017 will be a pivotal year for Alacer as we continue to execute on our organic growth strategy”.

On this note, the group will advance construction of the Copler sulphide expansion project, which is on schedule for maiden gold production in 2018.

Management also hasn’t discounted the prospect of acquisitions to complement the Copler project as it strives to become a sustainable multi-mine producer with a focus on Turkey. 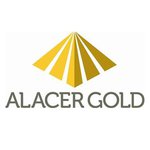