Adriatic Metals PLC (ASX:ADT FSE:3FN) has released the results of a Scoping Study on its 100% owned Vareš Project in Bosnia and Herzegovina.

In determining the potential viability of an underground mine at Rupice and an open-pit mine at Veovača with a conventional milling and flotation circuit to produce multiple metal concentrates, the scoping study has revealed some promising findings.

The positive nature of the scoping study hasn’t been lost on the investment community with the company’s shares up more than 20% in mid-morning trading yesterday. 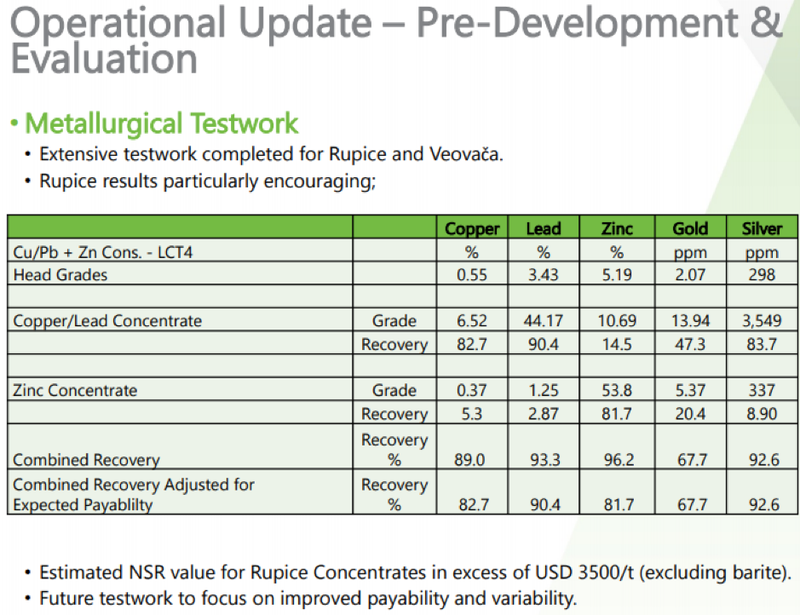 The positive nature of the scoping study hasn’t been lost on the investment community .

Adriatic will be undertaking further evaluation work and appropriate studies in order to estimate any Ore Reserves or to provide any assurance of an economic development case.

However, a JORC-compliant Mineral Resource Estimate was released in July and this forms the basis for the Scoping Study.

Consequently, the viability of the development scenario envisaged in the Scoping Study isn’t dependent on Inferred Mineral Resources. 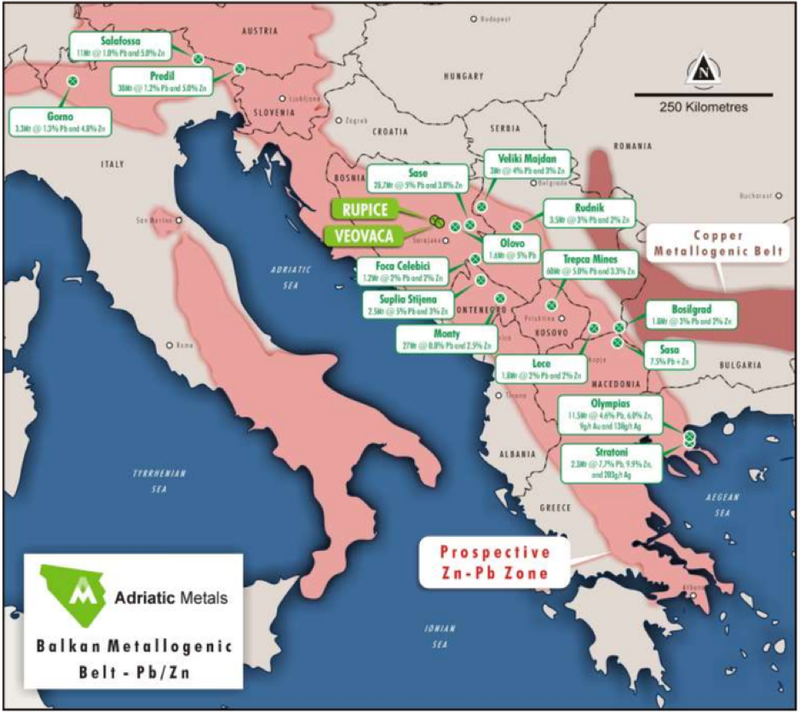 The viability of the development scenario envisaged in the Scoping Study isn’t dependent on Inferred Mineral Resources.

Provided there aren’t any delays in permitting, first production should occur in the June quarter of 2022.

To achieve the range of outcomes indicated in the Vareš Project Scoping Study, funding of approximately US$180 million will likely be required in capital expenditure to construct the mine, grinding mill, project infrastructure and processing plant.

It is anticipated that the finance will be sourced through a combination of equity and debt instruments from existing shareholders, new equity investment and debt providers from Australia and overseas.

In October 2019, Adriatic completed a $25 million placement of ordinary shares, with strong participation from institutional investors.

The Board considers that the company has sufficient cash on hand to undertake the next stage of planned work programs, including the completion of a DFS, continued metallurgical testing and the commencement of other technical studies.

Recoveries from Rupice are expected to be in the vicinity of 715,000 tonnes per annum for 10 years.

Adriatic will then move to mining Veovača at an estimated annual average rate of 679,000 tonnes per annum for 7 years.

The flotation plant at Veovača which will be processing material from both Rupice and Veovača will be designed to produce three concentrates, being lead/copper, zinc and barite.

The following lays out the payable metal production targets.

Total operating costs are forecast to be US$56.70 per tonne.

Based on the following commodity price assumptions the project has a net present value taking into account an 8% discount of US$916.6 million.

The project has a net present value taking into account an 8% discount of US$916.6 million.

Assumptions for the precious metal components of production appear reasonable with gold currently trading in the vicinity of US$1470 per ounce, and silver having recently retraced from about US$18.00 per ounce to US$17.00 per ounce.

As you can see, gold has mainly traded at the top end of its average assumptions for 2019, and PCF is forecasting an average gold price of around US$1460 per ounce over the next two years.

Gold has mainly traded at the top end of its average assumptions for 2019.

PCF is tipping a gradual uplift in the copper price throughout 2020 and 2021, which would see it fetching in the vicinity of US$6900 per tonne, implying upside of about 8% relative to Adriatic’s assumptions.

PCF is forecasting a 10% increase in the zinc price over the next two years which would imply a price of approximately US$2670 per tonne compared with Adriatic’s assumptions of US$2500 per tonne.

Consequently, it would appear that Adriatic has been measured with its commodity price assumptions, as it has in detailing contingencies that can arise as further studies are undertaken and the project moves closer to production.

On the upside though, there is the potential for Adriatic to expand its resource base as management undertakes further regional exploration in underexplored areas.

Under such a scenario, the company would benefit from economies of scale.