Adriatic Metals (ASX:ADT) is one step closer to commencing drilling at its Rupice prospect, after the Minister for Energy, Mining and Industry approved the company’s application for an Exploration Permit over the concession area.

The Rupice area is situated within ADT’s Vares Project, located in Bosnia and Herzegovina.

Three drill rigs are currently on site, with ADT to now undertake drilling over the northern boundary as it continues its drilling activities at the south-east extension.

The fourth drill rig is finishing up a small infill drilling program at Veovaca to incorporate additional precious metals into an updated Mineral Resource estimate. Once this is complete, this rig will move back to Rupice. 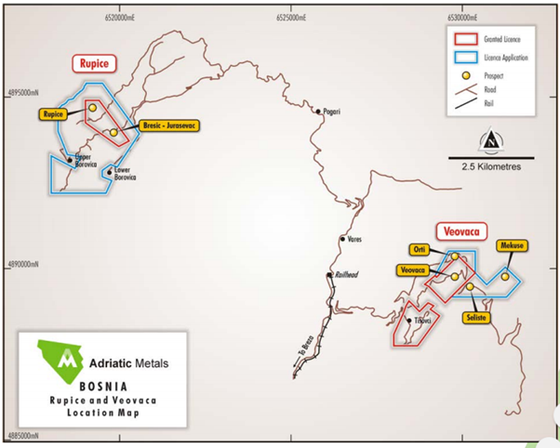 A campaign to test Rupice’s northern plunge extension is planned to kick off immediately, with additional follow-up holes (subject to encouraging results) to come. The planned average depth is 300m, with the Concession Extension area including key targets that could identify extensions to the known high-grade mineralisation.

In light of the 2018 geophysical Induced Polarisation (IP) survey, ADT will now employ a significantly higher power transmitter to increase the depth penetration and IP coverage. A 30kVA transmitter and 3D array Pole-Dipole method will be used to cover the northern extensions of the Rupice mineralisation.

The company will be able to use modern exploration techniques at Rupice for the first time since the 1960s, when encouraging exploration was undertaken at Siroki-Radakovac, Ceo-Sutjeska, Kraljeva, Kraljeva Jama and Zakruzje.

The awarded Exploration Permit also includes the Concession Expansion at Veovaca and allows ADT to execute undertake ground disturbing exploration, including drilling, over the entirety of the base metal prospects of Orti, Seleste and Mekuse (where geophysical IP and historical work have reflected encouraging results). 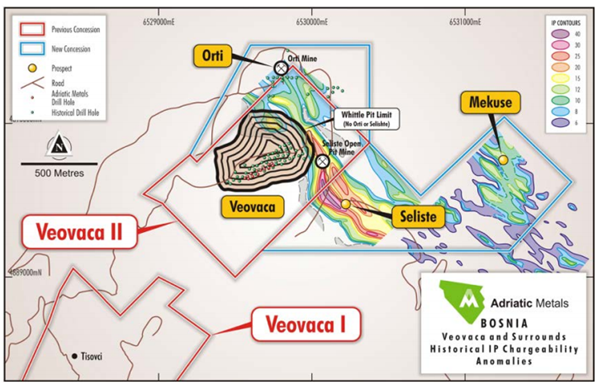 ADT CEO Geraint Harris spoke on the update, “We have worked tirelessly through the winter to prepare for this exciting exploration campaign in 2019.

“The receipt of the Federal Exploration Permit will allow us to complete the work we started in 2018 at Rupice North, in addition to allowing us to conduct far more detailed exploration at Brestic-Jurasevac, Borovica and the other high priority exploration targets within our expanded concession,” he finished.

An emerging zinc polymetallic explorer, ADT aims to expand its current JORC resource at Veovaca and to complete an in-fill drilling program at the high-grade Rupice deposit.

The company has attracted a world class team to expedite these exploration efforts, as it looks to rapidly move into the development phase and utilise its strategic foothold in the Bosnia region.