The drilling confirms a further high-grade and thick intercept, extending mineralisation to the northwest at Rupice.

Two of the drill holes — BR-7-18 and BR-8-18 — continue to demonstrate thick and high-grade mineralisation that confirms further continuity with earlier drilling results and the ability to further expand Rupice. The previous mineralisation boundary was expanded to the northwest, beyond the known drilling, further demonstrating the tremendous potential of this deposit. 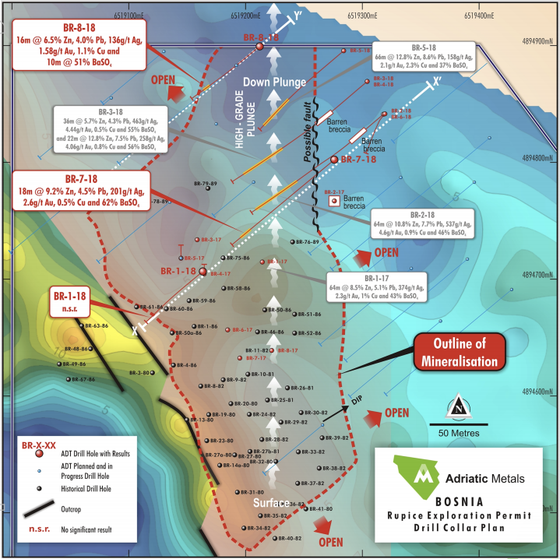 Drill hole BR-8-18 was drilled in a south-westerly direction at -75 ̊ and intercepted high-grade mineralisation from 206m downhole depth, over a thickness of 16m. This intercept is located some 60m to the northwest of the nearest drill-hole, BR-5-18 and therefore further extends the known mineralisation. 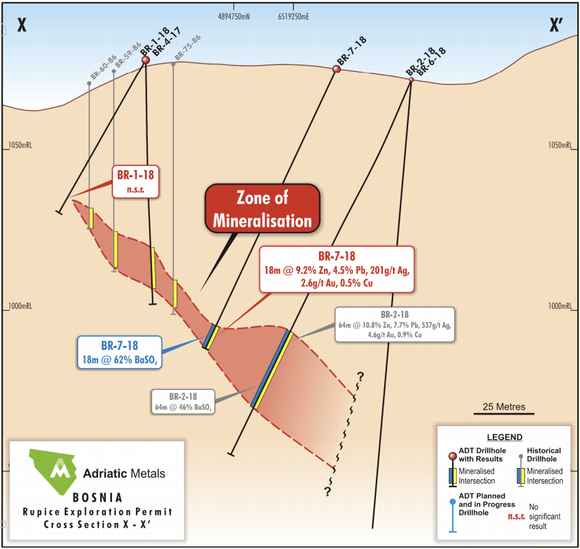 ADT’s CEO, Geraint Harris commented, “Both BR-7-18 and BR-8-18 continue to demonstrate thick and high-grade mineralisation that confirms further continuity with our 2017 and 2018 drilling results and the ability to further expand Rupice. It is also exciting to see the previous mineralisation boundary expanded to the northwest, beyond the known drilling; which further demonstrates the tremendous potential of this deposit”.

The drilling program continues on schedule with four rigs in operation.