5 things you need to know about BKT’s latest acquisition

The seven contiguous tenements themselves, referred to collectively as the “Bagamoyo Project” are focused on coarse graphite flakes, with initial exploration firming up a “significant” coarse flake graphite zone of about 1km by 200m of outcrop.

They also cover a broad area of 1116sq.km, with four additional outcrops identified over a 7km area.

BKT has taken an option to acquire the tenements should early exploration work provide promising leads within a four month exploration window.

So what is BKT getting itself into?

The defining characteristic of the new tenements is that it hosts coarse flake graphite, with flakes measuring 2mm to 7mm observed on average.

However, flakes of more than more than 10mm have also been observed.

In fact, this monster below has also been found in the area. 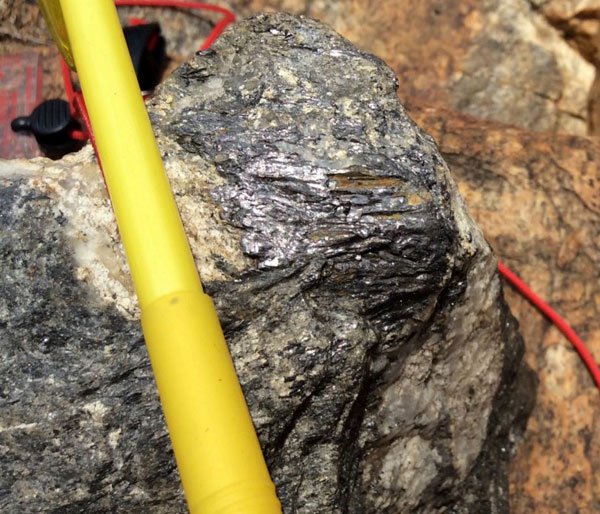 The rock above contains a 40mm graphite flake aggregate, which is the largest observed in Tanzania by BKT.

Based on its early exploration work, the graphite has a grade of about 7%, which is lower than its project at Mahenge, but BKT says it has the potential to be a premium product because of the very coarse flake size.

More exploration and analysis will be needed to prove up the hypothesis.

While the rocks may be good in Africa, there’s always the threat of a lack of infrastructure to make projects unviable on the continent.

It’s an issue many companies have had to wrestle with before, especially juniors which don’t necessarily have the resources to build a lot of their own.

Luckily for BKT, the tenement area has excellent access to water and power. 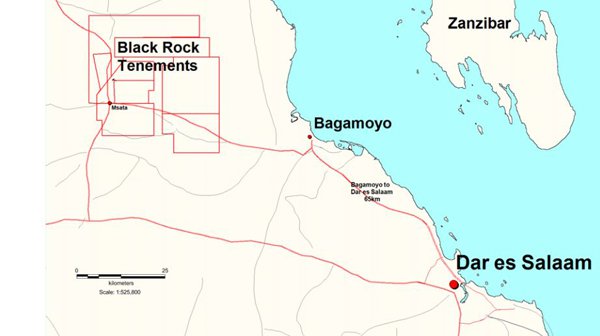 The location of the Bagamoyo Project

The region itself has been producing graphite aggregates for a while now, so all the supply chains area already in place.

It will keep the exploration team busy

BKT’s other graphite project in the country centres around the Ulanzi prospect, which Finfeed has written about before on the back of promising exploration results.

It recently got back assays from 9 out of 17 holes it drilled into the prospect, including hits of:

The assay results meant 1000m of the strike drill tested so far is consistently grading at about 10% TGC.

The results were enough to spur BKT onto a 30 hole infill drilling program.

However, with infill drilling taking place BKT has an exploration team sitting idle.

New exploration work means BKT will be getting more bang for its buck out of the exploration team.

It’s getting it for a song

One of the great things about the deal is that it’s back-loaded with most of the cash BKT putting forward to kick in once it gets close to commercialisation.

As part of a multi-step funding deal, BKT is putting in:

Further payments kick in upon the declaration of a JORC resource and a net smelter royalty of 3%, but in terms of upfront costs BKT has managed to keep it low.

BKT will also be required to put $500,000 of exploration funds into the permit per year, meaning BKT will have plenty of exploration news to keep up with.

It positions BKT as a major graphite player in Tanzania

With this acquisition, BKT moves beyond being a one-project wonder and has added more to its plate.

It’s taken an early-stage position in another project, signalling a step-change from the company.

At the very least BKT’s managing director, Steve Tambanis, is excited by the potential.

“The acquisition of the Bagamoyo Graphite Project represents a significant strategic milestone and establishes the company as a major graphite explorer and developer in Tanzania,” Tambanis told shareholders this morning.

“Given the exciting nature of the mineralisation and the favourable location, the company has taken the opportunity to secure an extensive tenure position in the region.”