Zinc of Ireland (ASX:ZMI) announced on Monday morning that its six hole drilling program which had taken place between August and October has concluded and that samples from the first four holes were currently being processed with the results expected in the next fortnight.

What those results brings is yet to be determined, so if considering this stock for your portfolio, seek professional financial advice.

A total of 2250 metres of drilling was conducted and while it is too early to make assumptions regarding the outcome management said, “Several zones of sulphide breccia are in the first sample batch, including a new zone of mineralisation approximately 30 metres below the target Waulsortian Reef, as well as mineralised breccias from the base of Reef and top of Reef target zones”. 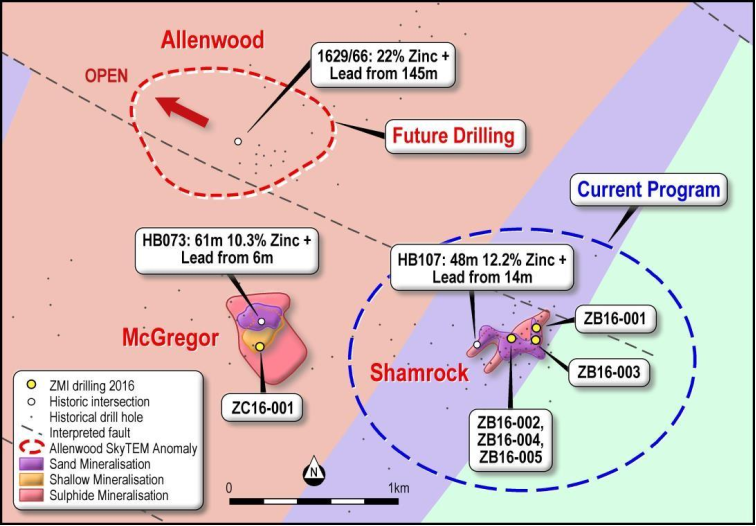 Planning is now underway for the second phase of drilling. Importantly, management has taken the initiative of undertaking a data capture of all drill holes within the Kildare MVT District.

This hasn’t been conducted before due to the disparate nature of prior ownership. The acquisition of thousands of metres of historical drilling data will be used to confirm logging codes and enable better correlation of geology and mineralisation between holes.

Today’s news appears to have been well received by the market with ZMI’s shares rallying more than 7% in the first half hour of trading.

Weakness in the zinc price which has fallen from approximately $1.10 at the start of October to $1.02 last week placed pressure on the group’s share price as it fell from 1.8 cents to trade as low as 1.3 cents.

However, the London Metals Exchange (LME) zinc spot price rebounded in the last 24 hours, and if this proves to be the start of a more significant recovery ZMI could come back into favour.