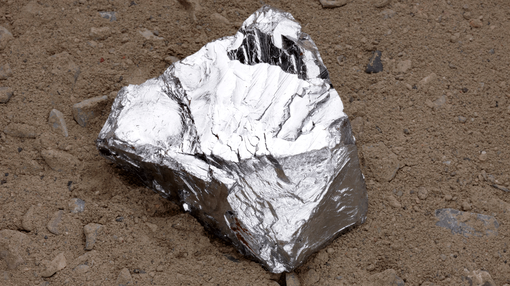 European base metals explorer Zinc of Ireland (ASX:ZMI) has secured an exclusive 18 month option to acquire a 650,000 tonnes per annum lead zinc processing plant for a consideration well below what it would normally cost to build a plant from the ground up.

The plan was originally commissioned at the Galmoy project which is located on the Rathdowney mineralised trend, indicating that it is geared to process similar ore to that being targeted by ZMI. In fact, the Gilmoy project is located only 70 kilometres from ZMI’s Kildare project.

In 2011, the plant was sold and relocated from Ireland to Darwin where it remains in storage. The Heads of Agreement negotiated regarding the 12 month option to acquire the plant requires ZMI to make a payment of $100,000, with the potential for a six-month extension for a further payment of $50,000.

This will provide ZMI with ample time to conduct due diligence including engineering and logistical studies.

Given ZMI is undertaking a second phase of drilling which could potentially lead to the establishment of a mineral resource at its Kildare project, the timing is perfect.

On this note, ZMI’s Managing Director, Peter van der Borgh said, “The option to acquire the Gilmoy plant complements our drilling plans, which are aimed at delineating a resource in the near term, as well as testing completely new greenfield targets where we believe there is outstanding discovery potential”.

Van der Borgh highlighted the fact that the project is a real development opportunity and that the group’s looking forward to advancing it to the next stage at a time when zinc market fundamentals are strong and there is considerable investor interest in new projects.

This is important if ZMI elects to exercise the option on the plant, perhaps prompting a capital raising.

Acquisition of plant has financial, logistical and timing benefits

While the financial benefits of paying circa $8 million for a plant that would cost circa 20 times that amount to build from the ground up are obvious, it is also worth noting the logistical advantages it provides.

When ZMI embarks on the necessary studies required to determine the financial viability of the Kildare project it will have a clear picture of the upfront capital expenditure component.

This not only assists the company in making its own internal decisions, but with the prospect of a fairly defined capital expenditure component known upfront it is much easier to progress project financing.

This will prospectively position ZMI in such a way that it can transition from explorer to producer in a more timely and efficient manner. The derisking of projects invariably moves share prices and the process usually occurs in a number of stages through studies, permitting, financing, construction and maiden production.

By providing itself with an option to purchase the Gilmoy plant, ZMI has just ticked one of the most important (and most expensive) boxes well ahead of project development.