The project is located in central Alaska, 100 kilometres South of Fairbanks in the Bonnifield mining district. The tenement package comprises 224 mining claims over a total area of 143 square metres.

While a JORC 2012 resource wasn’t established following previous exploration, the drilling results were impressive with excellent zinc grades identified, particularly at the Dry Creek deposit. These included grades between 15.1% and 23.5% from widths of between 4.6 metres and 7.1 metres.

Of course, this is still an early stage project and investors should seek professional financial advice if considering this stock for their portfolio.

The Red Mountain project contains polymetallic volcanogenic massive sulphide (VMS) mineralisation, rich in zinc silver and lead. The other prospect which has also been the subject of significant drilling work is the West Tundra Flats deposit. 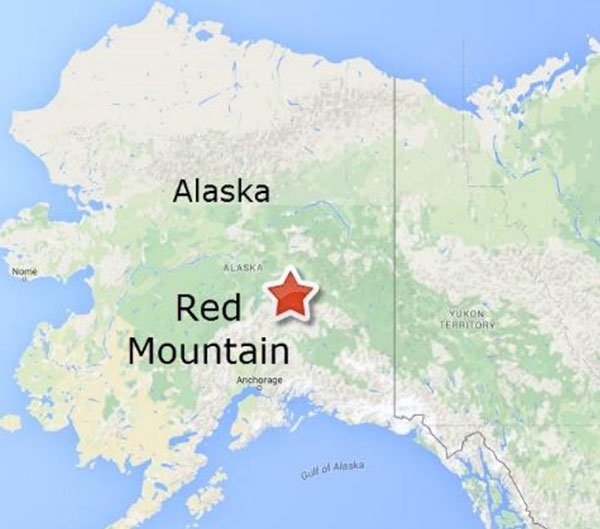 Management believes there is also a strong likelihood of uncovering gold mineralisation through more defined drilling as this is usually found at the top of VMS base metal deposits or adjacent in the overlying sediments, underscoring the fact that such mineralisation can be missed during early exploration.

The company intends to prioritise five of the best conductors for a campaign of follow-up field work that will, subject to funding, culminate in drilling to test whether the camp will grow into a world-class district.

In February 2017, engineering group RungePincockMinarco (RPM) completed a review of the historical drilling database (127 drill holes for 19,180 metres) to provide White Rock with recommendations for additional work that would be required to complete a Mineral Resource estimate for mineralisation at Red Mountain.

The main recommendation was to resample and assay a selection of significant core intersections that span both an even spatial distribution across mineralisation and historic drill programs.

Highlighting the significance of the upcoming program, Matt Gill said, “Establishing a Mineral Resource estimate for the existing two deposits at Red Mountain will underpin our belief that the Red Mountain project could be home to a new camp of high grade zinc-silver-gold VMS deposits”.

The proposed field work will include surface geochemical sampling and ground geophysics to define drill targets for follow-up.