The Insheim Exploration Licence has been classified as an Indicated Resource because of the binding Memorandum of Understanding between Vulcan and Pfalzwerke geofuture GmbH, which permits access to the Permo-Triassic aquifer brine, and the enhanced understanding of the Insheim subsurface geology via seismic and well log data.

The maiden Indicated Vulcan Lithium-Brine Resource estimation for the Insheim Licence is estimated at 136,000 tonnes of elemental lithium as indicated below. 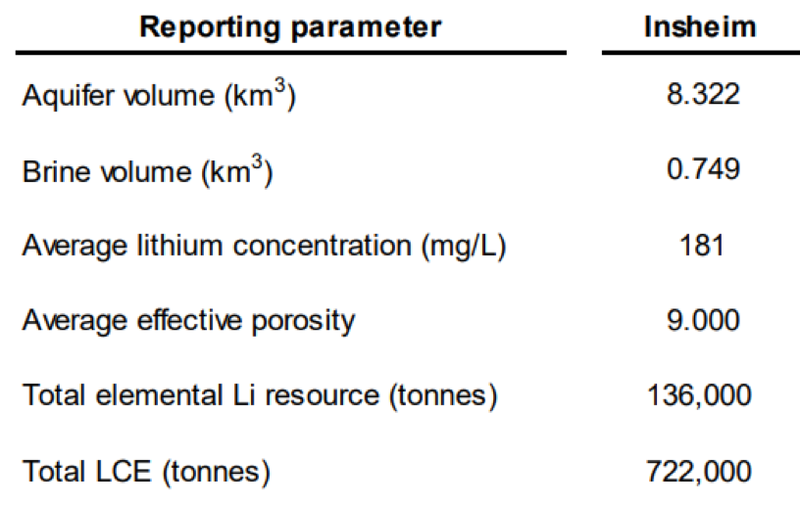 Vulcan has acquired direct access to lithium-enriched brine at the operating Insheim Geothermal Plant and Insheim Exploitation Licence via the MoU with Pfalzwerke geofuture GmbH.

The Insheim Geothermal Plant is currently pumping hot, high-flow, lithium-enriched brine from aquifer depths of nearly 3000 metres to the surface for power generation. 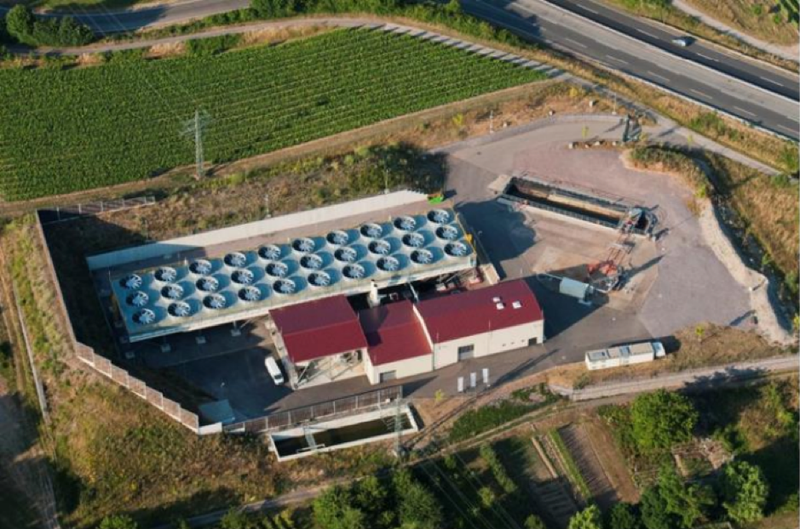 Pfalzwerke geofuture GmbH is not processing or extracting lithium as part of the power generation circuit before the reinjecting the brine into the reservoir.

The MoU grants Vulcan an initial collaboration period that allows access to the Insheim Licence brine and data, with a pathway to construct a lithium extraction demonstration plant at Insheim in the future.

The agreement marks a material milestone for Vulcan as the company has obtained access and a pathway to co-production lithium rights to lithium-enriched brine from within the deep aquifer underlying the Insheim Exploitation Licence. 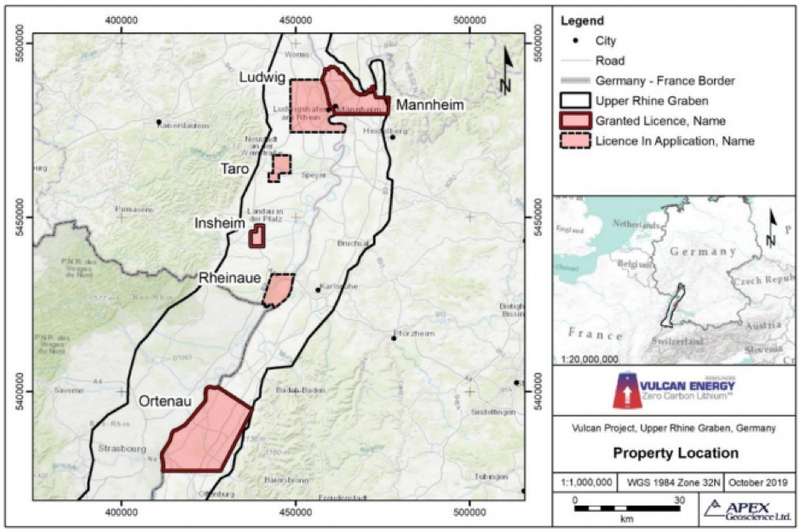