The PFS, which was released today, shows an after tax Net Present Value of €2.25 Billion (AU$3.55BN). This is much bigger than expectations, especially given that at around $5/share, VUL is valued under $400M.

This is compared to the world’s top lithium producers.

VUL will have a higher CAPEX, but much lower OPEX operation relative to industry peers. 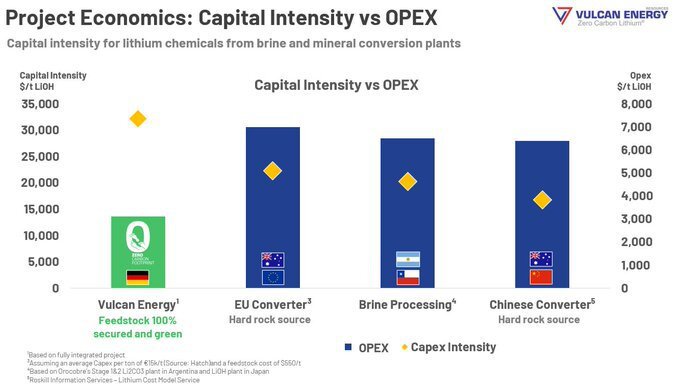 While there will be dilution for VUL shareholders to raise the cash needed to develop their project over time, if VUL continues on its current trajectory it could reach a multi-billion dollar valuation like other producers in the long-term.

Highlights of VUL’s PFS include:

It is more than twice the size of the next largest Resource and could satisfy Europe’s lithium needs for the electric vehicle transition, from a zero-carbon source, for many years to come.

The PFS also demonstrates robust economics for both the lithium hydroxide and renewable energy parts of the project, both independently and combined.

The PFS considered both the geothermal and lithium businesses and modelled the project under different possible structures:

Under the scenario in which the full project is developed at once, using a Net Present Value calculation, the PFS indicates a project value of €2.25 billion (post-tax), which equates to A$3.54 billion.

VUL’s Opex (operating expenses) to pull out one tonne of Zero Carbon LithiumR Hydroxide is €2,640 per tonne.

This means VUL has Opex per tonne lower than any current operation globally.

VUL will also have the lowest CO2 footprint of any lithium operation globally and sits at the very lowest of carbon intensity and production costs on this curve: 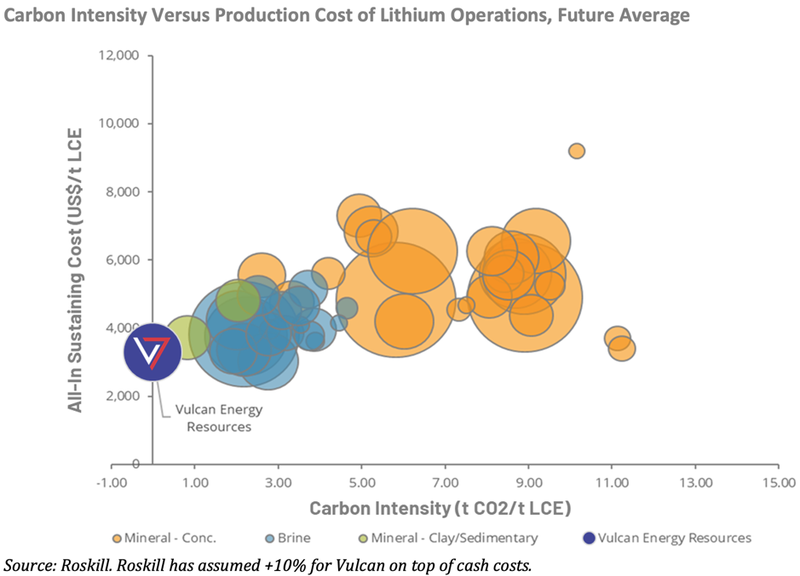 Good metrics at the right time

The EU is ramping up its commitment to the roll out of electric vehicles and is the fastest growing market in the world for lithium.

In fact, Europe’s lithium consumption is forecast to continue to grow sharply, with demand ramping up by 2024. \

However, that is set to change.

"The EU, if finding the right environmental approach, will be self-sufficient in a few years, using its resources,” Breton said.

In fact, Europe is the fastest growing market in the world for lithium following strong investments in battery and cathode plants and with more investment in electric vehicles in Europe than in China, Europe’s lithium consumption is forecast to continue to grow sharply.

Demand is anticipated to spike in 2024 — right as VUL anticipates its first production.

In the medium to long term, fundamentals remain strong for electric vehicles and energy storage. Growth rates are expected to average 25% per year over the next 10 years, while supply is growing at a slower rate, leading to a deficit from 2024 onwards.

Furthermore, thanks to changes in cathode technologies, by the mid 2020s, lithium hydroxide (LHM) is forecast to take over lithium carbonate as a battery material, which works to VUL’s advantage.

Further to this, over the next few years lithium-ion batteries will come under strict regulations that must comply with maximum carbon footprint thresholds. 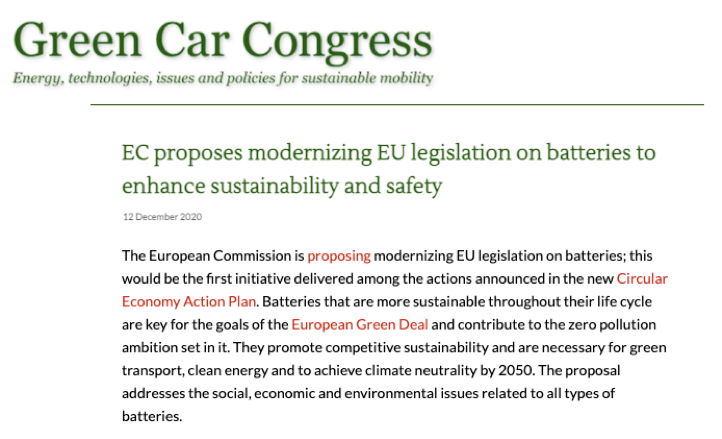 Batteries not meeting the new regulation will be banned and manufacturers will have to demonstrate that they are sourcing raw materials responsibly.

With regard to this, Vulcan is the only lithium project globally that is being developed to have a zero-carbon footprint, and its trademark Zero Carbon Lithium® can be licenced to battery manufacturers and OEMs using the product.

A big year ahead