VIC’s geological team has designed comprehensive drilling campaigns for both projects that target key areas prospective for cobalt-scandium mineralisation. These campaigns will be dynamically refined once the company receives final geochemical assay results — expected within two to three weeks — and will then be submitted to the NSW mining regulator for approval.

VIC’s underlying strategy here remains fast-tracking its understanding of the geology apparent within both the Malamute and Husky projects, and to determine if modelling can deliver an inaugural JORC (2012) compliant Resource for cobalt, scandium and nickel.

VIC is now progressing steps to implement these campaigns, with drilling set to kick off first at the Malamute project.

Landholder access for all key target areas has been secured, and the geology team is currently reviewing potential third-party drilling contractors that will be ready to deploy once regulatory approval is granted.

Further to that, the geology team is also progressing work on VIC’s newly acquired WA assets, Galah Well and Peperill Hill, and is reviewing options for the Bonaparte and Laverton projects.

Non-executive chairman, Dr James Ellingford, said: “The Board is delighted the drilling campaigns for the Malamute and Husky projects are largely mapped out and can be readily finalised once the geochemical results are received. The remaining steps are finalising the application for submission to the NSW mining regulator and selecting a reliable third-party drilling contractor.

“Holistically, the Board’s current primary focus is to ascertain the extent of cobalt and scandium mineralisation within the NSW assets as quickly as possible, then progress gaining a greater understanding the WA cobalt projects,” added Ellingford.

The drilling strategy for the Malamute project is to confirm the prospectivity of known ultramafics that have the potential to form prospective laterite profiles for cobalt, scandium and nickel mineralisation.

To recap, legacy drilling records from 1993-1994 only targeted porphyry related copper/gold mineralisation. However, drilling confirmed the presence of ultramafics and lateritic units overlying a large geophysical signature within the southern part of the Malamute project. 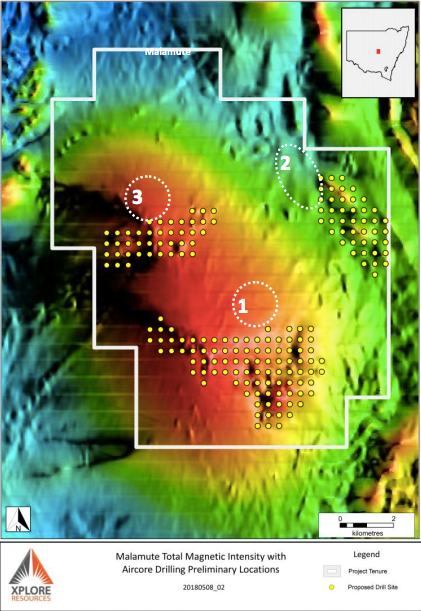 The exploration strategy for the Husky tenure is to execute an air-core drilling program with an initial circa 70 holes on 400 square metre spaced grids. Notably, these grids will cover magnetic anomalies which are deemed prospective for laterite hosted cobalt, nickel and scandium mineralisation.

The VIC geology team expects the drilling campaign to capture the entire lateritic profile, with drill-holes 30-40 metres deep terminating in the ultramafic (specifically the Tout Intrusive Complex). Interestingly, the ultramafic geological unit that hosts the prospective cobalt-scandium-nickel mineralisation has been confirmed as open to the east by VIC’s peer, Australian Mines (ASX:AUZ).

Encouragingly, PGM’s Owendale project has reported high-grade intersections — 9m at 685ppm scandium, including 3m at 880 ppm scandium and 3m at 0.45% cobalt, including 1m at 0.90% cobalt.

Furthermore, there is also significant exploration upside for the Husky West project. Importantly, AUZ has reported cobalt intercepts of 5m at 3,152ppm cobalt from 4m and 16m at 556ppm scandium from surface at its contiguous Flemington project. 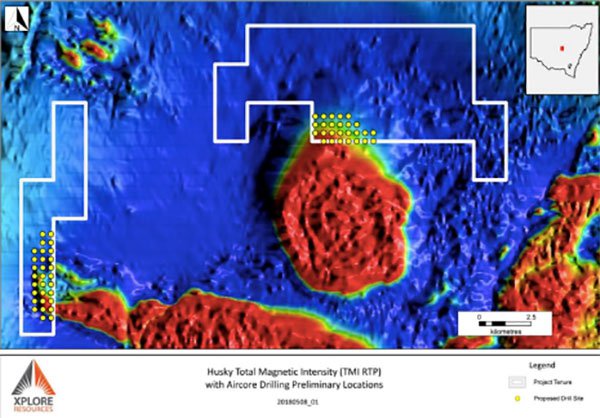