Venus Metals Ltd (ASX:VMC) have entered into a purchase agreement to acquire a combined 90% interest in two highly prospective tenements in Western Australia.

The deal comes about after Venus Metals built a strong working relationship with Taylor over the last five years.

VMC is purchasing a combined 90% interest in the tenements alongside joint venture partner Rox Resources Ltd (ASX:RXL), and will act as manager of the JV. Taylor will hold the remaining 10% stake.

VMC and RXL will pay for their equal shares in the tenements through a mix of cash and shares.

Mr Taylor said, “I believe there are strong similarities with the geology at Currans Find and Penny West, so the discovery potential at Currans is, in my opinion, excellent. I have done the deal with Venus and Rox to become part of the bigger picture that Venus and Rox have now established at Youanmi with their excellent deal to jointly acquire the Youanmi Gold Mine with the aim of re‐establishing the gold mine.

“Venus has shown great tenacity and skill in assembling the Youanmi Gold Mine and its exploration tenement package, which Rox clearly recognized. It is now time to join that effort and bring the high‐grade Currans mine tenement into the bigger picture. The new Venus / Rox Currans Joint venture under Venus management can now get the drills going to test this potential.”

Mr Matt Hogan, MD of Venus Metals said on signing the deal “I wish to thank Mr Taylor for recognising our great efforts and his understanding of what is now transpiring at the historic Youanmi Gold Mine”.

Hogan confirmed that drilling will commence at Currans in about four weeks once approvals are in place. 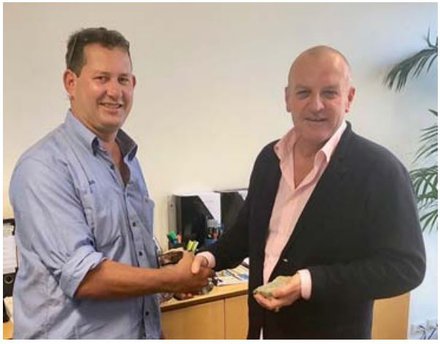 The two tenements, Currans Find and Pinchers, are strategically important for VMC, located in the central part of the Youanmi Project within and surrounded by VMC-ROX joint venture tenements.

This is a highly prospective area as Currans Find lies along strike and only five kilometres from the high grade Penny West Deposit where a promising new discovery was made in early March, followed up by the release of outstanding early stage assay results, including 5.0 metres at 28.9 grams per tonne gold. 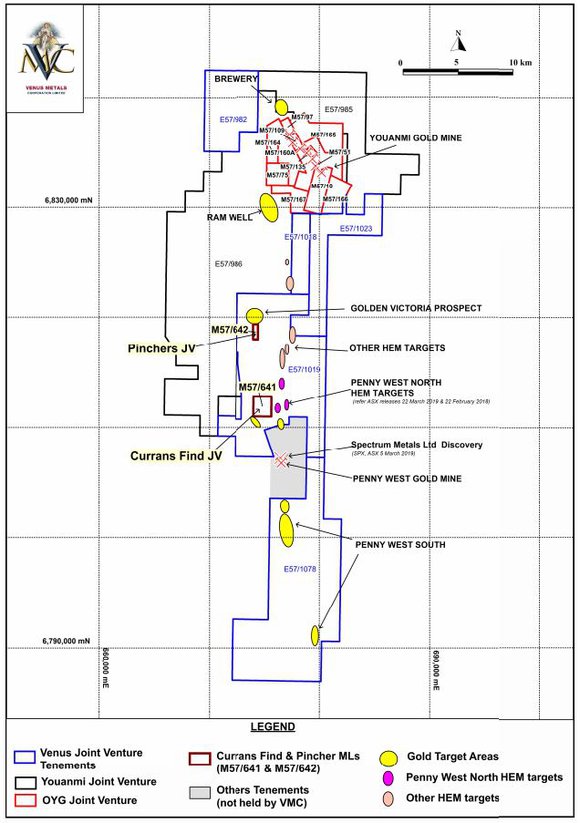 Spectrum Metals Ltd (ASX:SPX) is operating that project, and the fact that its shares have increased seven-fold since the start of March speaks for itself.

There are about 11 historically known quartz reefs associated with old workings and all are mineralised with a significant amount of gold. The auriferous quartz reefs are striking 040 degrees – 090 degrees and almost all of them are dipping to the south east. Many of these quartz reefs are either truncated or offset by sinistral faults or shears that could be also mineralized between offset reefs.

The information provided by Mr Taylor has identified new and important further auriferous quartz reefs, none of which have been tested.

Surface rock chip sampling, underground sampling, and limited RAB and RC drilling has been conducted by previous tenement holders at Currans Find. VMC is now assembling this historical information prior to planning the first drilling campaign.

It is apparent from an early data review that nearly all drilling is shallow and that the considerable depth potential of the numerous reefs remains to be tested.