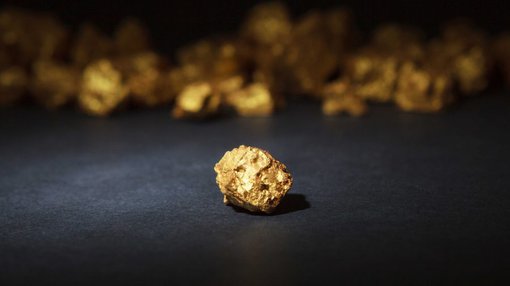 Vector Resources (ASX:VEC) today announced it has signed a Head of Agreement (HoA) with Mongbwalu Gold Mines SA and Fimosa Capital Limited to establish a new joint venture for the proposed development of the world class Adidi-Kanga Gold Mine.

Situated in the Ituri Province of the Democratic Republic of Congo, The Adidi-Kanga Gold Mine is located on granted Mining License PE 5105 and has been the subject of significant exploration, feasibility study work and development activities by AngloGold Ashanti on the broader Mongbwalu Gold Project between 2005 and 2013.

This joint venture nicely complements VEC’s proposed JV with SOKIMO on the Kibali South Gold Project, just 130km to the south – east. The Adidi-Kanga Gold Mine is also just 43km from the Nizi Gold Project.

As reported previously by Finfeed, VEC, which has received a committed offer of funding of US$110m, is actively seeking long-term partnerships in the region, aimed at building a major DRC focused gold mining company that benefits all stakeholders.

Under the terms of the HOA, VEC will work closely with its latest JV partner to establish and complete a Definitive Feasibility Study in 2018 for the development and commencement of gold mining activities at the Adidi – Kanga Gold Mine.

It should be noted here that VEC remains a speculative stock operating in a high-risk area and investors should therefore seek professional financial advice if considering this stock for their portfolio.

The Project site has strong surrounding infrastructure and is accessible by road from the regional town of Bunia and by air from Entebbe in Uganda, or Goma in the DRC.

Mining license PE 5105 is one of 13 licenses extending over 5,033km2 – a lot of ground to cover – that has already been the subject of extensive exploration activities by AngloGold Ashanti between 2005 and 2013.

AngloGold Ashanti reported several JORC (2004) compliant and SAMREC compliant Resources between 2010 and 2013 for the Project and completed a Feasibility Study on the proposed development of the Adidi – Kanga Mine as an open cut and underground.

The exploration and resource definition and estimation work completed by AngloGold Ashanti between 2005 and 2013, was sufficient to quote a Mineral Resource under the SAMREC Code, which uses similar categories as the JORC code.

It should be noted that these estimates are not reported in line with the JORC (2012) Code.

Given the historical data, VEC has identified the opportunity to incorporate significant additional areas of mineralisation defined by previous wider spaced drilling by AngloGold Ashanti into a new JORC (2012) compliant resource. VEC has also established an Exploration Target for the Project in addition to the SAMREC Mineral Resource for the Project of between 16 Mt and 27 Mt at an average grade range of 4.7g/t to 7.8 g/t of gold for 4.7 M oz s to 6.8 M ozs of contained gold in a zone extending up to 4km along strike with multiple shallow dipping veins and 400 – 600m in width.