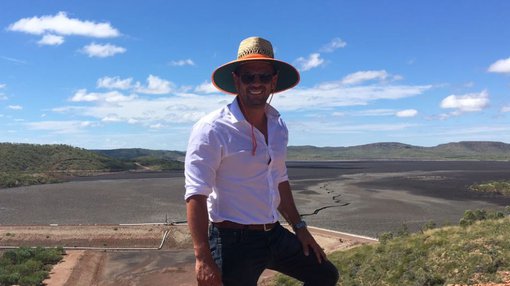 Tolga Kumova’s prominence is at an all-time high.

The 2017 Young Rich Lister – who is worth $95 million – has garnered a deserved reputation among small cap investors as one of the leading figures in the junior resources sector, where fortunes can be made overnight.

When he makes a move, it seems investors take note.

Meteoric Resources (ASX:MEI) is one of the latest companies to attract Kumova’s attention, with the mining magnate securing a 6.78% stake in the emerging cobalt explorer in May of this year.

It should be noted MEI is an early stage stock and investors should seek professional financial advice if considering this stock for their portfolio.

Kumova arrived with a bang when he joined Syrah Resources (ASX:SYR) in 2013, a then emerging graphite play.

In just four short years with Kumova at the helm, Syrah raised over $190 million from institutional investors and was able to construct Syrah’s graphite mine in Mozambique debt free. The company also developed its downstream processing plant in the United States on the way to becoming a $1.5 billion company.

Kumova stepped down as Syrah’s Managing Director in October 2016, and has gone from strength to strength since.

“It was time for me to do something else,” he said in an interview with The Australian Financial Review earlier this year.

Each stock has surged by at least 100 per cent, with some spiking by up to 600 per cent.

Kumova claimed a 15 per cent stake in Alderan Resources (ASX:AL8) at 20 cents per share. As of the time of writing, AL8 was trading at $1.90 per share.

Kumova also joined the board of New Century Resources (ASX:NCZ) as Corporate Director, with the company having surged over 400 percent since listing in July this year.

MEI shares have surged by over 500 per cent since Kumova’s investment.

MEI holds a portfolio of exploration projects in Canada, with its most recent acquisitions being the Midrim & La Force tenements in Quebec and the Iron Mask & Mulligan tenements in Ontario.

The company is focused on expanding its extensive research data and building a polymetallic and primary cobalt exploration profile.