Overall, these results are excellent, confirming that these pipes represent significant upside, in addition to the historic Resource of 500Mt at the project.

The SPD Vanadium Project is a large, high-grade vanadium deposit located in the established vanadium production hub within the Bushveld Complex of South Africa. Based off tonnage and grade in concentrate, the project has potential to become a globally significant vanadium Resource.

This project is located in a similar geological setting to the mining operations of Rhovan (Glencore), Vametco (Bushveld Minerals) and Mapochs (International Resources Ltd) in the Gauteng region of South Africa.

Metallurgical testwork indicates successful separation of vanidiferous titanomagnetite can be achieved with low intensity magnetic separation. Scoping testwork was completed on high-grade samples (more than 2% vanadium) from magnetite pipes on the project.

Material tested had only undergone coarse crushing, suggesting potential for low comminution requirements. This supports TNO’s belief that material from the magnetic pipes could represent a “direct shipping” type material that may, after a relatively simple concentration process, be able to be sold to an end-user as feedstock for a downstream processing plant, or processed cost-effectively using a different method.

If comminution and magnetic separation results are consistent with these results for samples from elsewhere in the SPD Vanadium Project, there is potential for reduced CAPEX and OPEX costs for processing compared to other vanadium projects under development. This will be further tested and confirmed during future testwork on core samples from the forthcoming drill programme.

There is still a lot of work to do here and success is not guaranteed — consider your own personal circumstances before investing, and seek professional financial advice.

The current testwork programme will now move to testing the amenability of the concentrate to leaching. Two processing methodologies will be used: salt roasting, followed by acid leaching, and direct leaching from the magnetic concentrate. Both the established salt roasting process and direct leaching methods are similar to those developed by TNG Limited (ASX:TNG) and King River Copper (ASX:KRC).

TNO plans to test both these methods in detail in future studies at the SPD Vanadium Project to determine the optimum processing path to achieve a battery-grade product at economically viable costs. 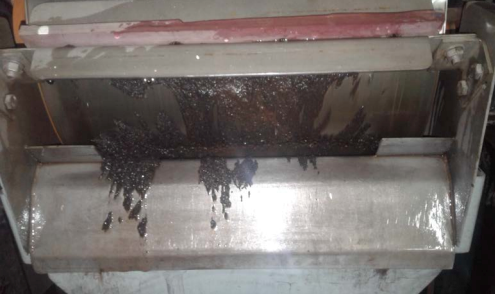 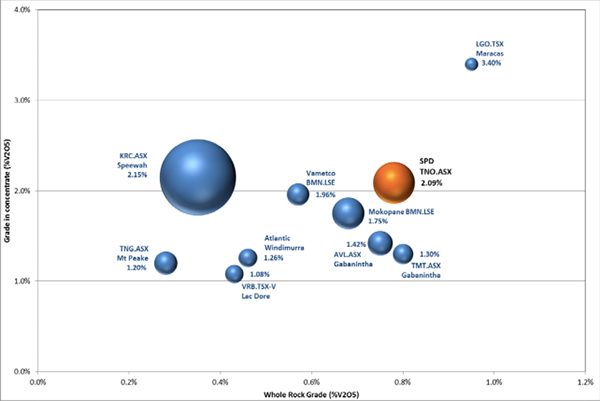