The former energy company develops in-house brands for Australian products for sale offline and online, with a focus on the Chinese market — especially milk products.

To align with these goals, earlier this month, JAT announced its acquisition of 51 per cent of Sunnya Pty Ltd, subject to shareholder approval in August. This follows the acquisition of Australian dairy brand, Golden Koala Group, which produces a range of pure dairy milk products including baby formula, as well as the proposed acquisition of Sydney-based wholesaler, distributor and exporter, Green Forest International. 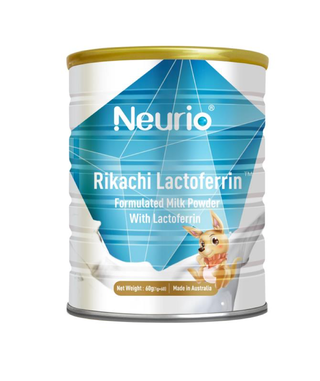 Should the Sunnya acquisition proceed, this will give JAT control of NEURIO, a Lactoferrin milk powder — one of Sunnya’s key products — that is primarily sold in maternity, baby stores and supermarkets.

On that score, just today JAT announced it has penned a distribution deal with Australian Huibao International Group Limited. Huibao is an Australian-owned company which operates a ‘Community O2O’ business in five regions of China: Shiyan, Beijing, Xi'an, Tianjin, and Changsha.

This agreement, which will span twelve months with potential for extension, will see Huibao promoting and selling JAT products through its O2O apps. O2O refers to the business strategy of ‘online-to-offline’, which draws potential customers from online channels to make purchases in physical stores. Huibao’s Community O2O business has been utilising mobile apps to promote, sell (via a mobile payment gateway) and deliver products to consumers since 2013.

Huibao has placed its first order with JAT for 960 tins of NEURIO – Lactoferrin Milk Powder. JAT will purchase the products from Sunnya for resale.

As always, it should be noted that JAT is an early stage play and anything can happen, so seek professional financial advice if considering this stock for your portfolio.

JAT has also been working hard behind the scenes to cultivate a niche for itself in the maternity and children’s sectors, having advanced the development of the first JAT Maternity and Children’s shop in the 80,000 square metre Hui Yue Shopping Mall in Zhengzhou — the capital city of the Henan province, which is home to some 100 million people.

This development in particular is the result of JATS’s ability to leverage its relationship with the Sheng Run Group. The company has already secured an order for the supply of 960 tins of Lactoferrin from the Sheng Run Group to purchase NEURIO. The deal will go ahead even if shareholders do not approve the acquisition.

The product will be supplied to local residents at the Hui Yue City, as seen below: 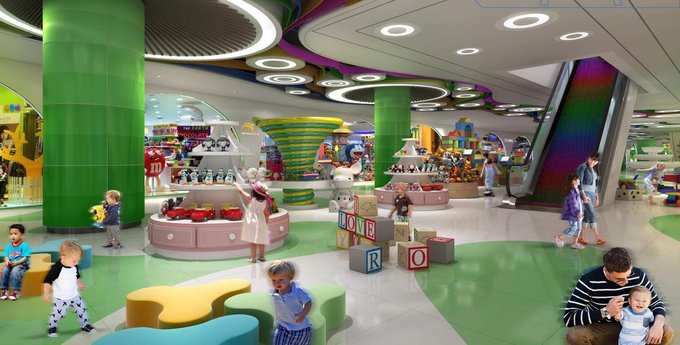 If JAT gains a foothold in this market, it could add to its already significant revenues. The company has boosted its revenues from $1 million in 2016 to $10 million in 2017. Subsequent acquisition approvals are likely to boost the revenues for this $52 million-capped company even further.

The supply of baby formula into China is a smart move. A 2017 report provided by McKinsey and Co found that 53 per cent of its survey group, which consisted of around 10,000 people from 44 Chinese cities, preferred a foreign brand for baby formula — the highest share for any consumer goods category.

With that in mind, JAT is looking to establish further stores in other Sheng Run Group shopping malls, with locations currently being scouted.

Notably, China itself is the world’s second largest importer and consumer. In the next five years, it expects to import products and services valued at over US$10 trillion. Official figures estimate China’s middle class at between 100 and 145 million people.

However, the size of the market share JAT can secure remains to be seen at this stage, so if considering this stock for your portfolio, do your own research and seek professional financial advice.

Milk products are just one piece of the JAT puzzle, with the company also receiving first orders from Shanghai Dragon Corporation (SDC) to bring Australian products to Chinese consumers and co-develop its own brands for the Chinese market.

SDC’s first order is for a shipping container of Australian oats for sale in retail stores across China. Space will be set aside within approximately 4000 SDC stores for JAT speciality shops. The stores will be managed by SDC staff and sell a range of JAT imported goods.

The companies will also work together to develop the Cobbity Country brand in Australia and China for a range of in-house products including biscuits, toothpaste, soap and other high-value fast-moving consumer goods.

This deal set JAT up to sit on thousands of shelves and plays into its four-pillar business strategy.

The four pillars include:

Other products on JAT’s radar include wine, cosmetics, nutraceuticals, biscuits and organic oils.