Vaalhoek (below) is SWJ’s third open-cut target after Theta Hill and Columbia Hill, with the resource upgrade forming part of an overall annual JORC review of the region which will be completed by the end of April this year. 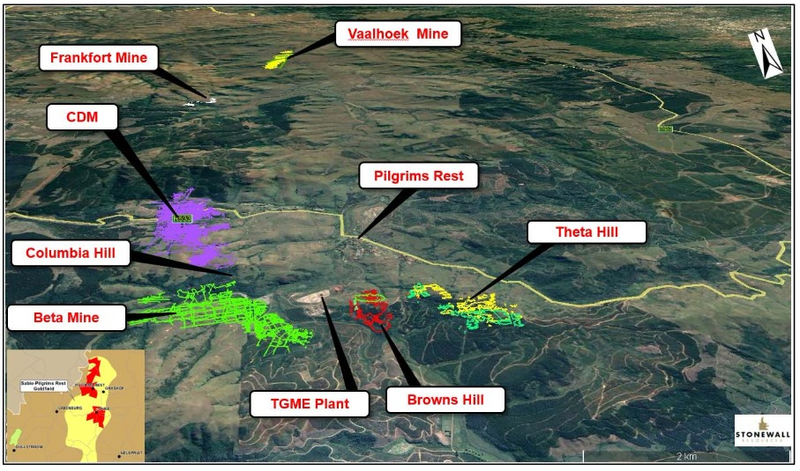 The 2018 upgrade comprised data collection, digitisation, modelling of 3D wireframes and eventual statistical estimation which led to the significant upgrade for the inferred and indicated Mineral Resource at the Vaalhoek Reef.

The maiden resource is an integral part of the successful Project Bentley to identify potential high grade open-cut opportunities with near term production potential.

In addition, a maiden 134Koz open-cut resource at over 14g/t gold has been included from the high-grade Thelma Leaders Reef (below) which is located situated between 11m and 15m below the Vaalhoek Reef.

Now, at the same time, it should be noted that this company represents a speculative investment and those considering this stock for their portfolio should seek professional financial advice before making a decision. 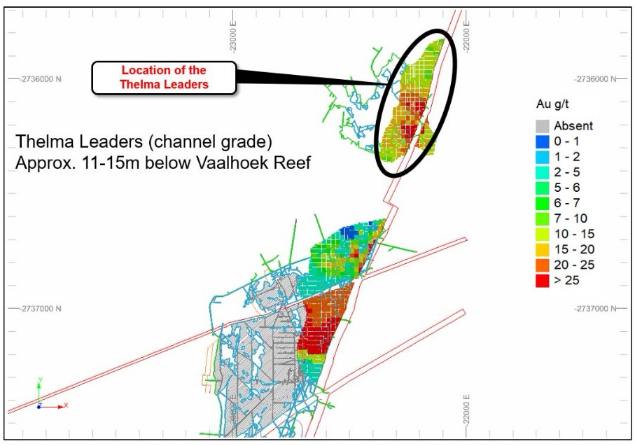 SWJ believe these high gold grades could support an open-cut mine at the site, which would reduce overall development costs in comparison to an underground development in the same region. 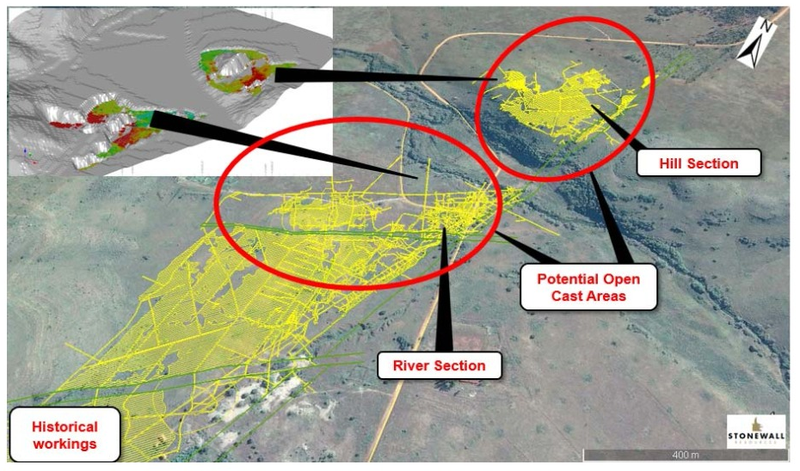 As a result, the company will commence infill drilling which will facilitate an in depth examination of the project from an open-cut perspective. A preliminary mining schedule and scoping study breakdown will then follow.

SWJ Managing Director Rob Thomson commented on the highly promising development, “The investment by Stonewall into a complete re-assessment of the geological potential of the tenement area with a recent focus on open-cut targets, continues to uncover excellent opportunities.

“This maiden high-grade open-cut resource demonstrates the potential for multiple open cut mines in the area,” he said.

“With an additional open cut resource expected within the coming weeks from the Theta Hill drilling currently underway, the company is starting to build towards multiple high grade, low capital intensity open-cut deposits and we plant to be in a position to begin plant refurbishment and submit mine plans in 2018.”

SWJ also provided an update on its metallurgical grab samples taken in February 2018.

The samples were recovered from old underground sections of the Vaalhoek project area, with two coming from the Vaalhoek Reef and the other two from Thelma Leaders Reef.

The samples were submitted to SGS Laboratories for gold recovery estimate in a simulated CIL environment.

Across the samples, head grade varied from 6.4g/t to 37g/t gold, yielding an average of 92% gold recovery (as seen below).

About the Vaalhoek Reef Project

Local residents across farms and the small townships of Pilgrim’s Rest, Sabie and Graskop are largely supportive of mining re-commencing in the area.