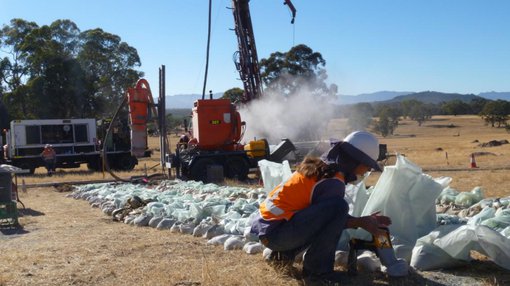 SVY has just one inferred porphyry deposit in the Miga Arc – an untapped copper and gold porphyry mine in Western Victoria – but that single asset has given it a market cap of $16M after it issued 80 million shares at $0.20 each.

However, NML has a current cap of $4M despite having more land, longer strike lengths, more confirmed mineral bodies and four porphyry drilling targets in the Miga Arc compared to SVY’s one.

NML is hoping the high level of investor and market support for Stavely’s IPO and Miga Arc project will boost its own market valuation and allow it to accelerate its drilling programme.

Stavely’s ASX launch is expected to be followed by a ramping up of its drilling programme in the Miga Arc with at least 3,800m of diamond drilling planned for targets close to NML’s holdings which could also influence a market re-rating for NML.

NML recently completed an 11 hole reverse circulation drilling programme at its Eclipse porphyry prospect in the Miga Arc and encouraging results have been flowing in. NML is aiming to explore the mineralised area above what it believes to be a large gold and copper deposit.

Geoff McDermott, Managing Director of NML, says the latest drill results show it’s closing in on a porphyry. “We may have cracked the code on what is controlling the shallow mineralisation found to date at Eclipse,” he says. “The IP surveys have provided us with a potential pathway and a source for the copper and gold mineralisation intersected in our recent drilling. The target looks big.”

To allow NML to focus on its Western Victoria Copper Project, the company has brought in a farm-out partner to manage a controlling stake in its Tandarra Gold Project north of Bendigo in Victoria.

Catalyst Metals Ltd (ASX: CYL) has signed a term sheet with NML giving it a 51% equity interest in Tandarra. CYL owns several neighbouring gold projects so the agreement will allow it to manage the entire 60km strike length of the North Bendigo goldfield.

NML says the deal puts Tandarra in safe hands while it devotes itself to finding copper in the Miga Arc.