In April, FGF announced it had invested US$250,000 and successfully secured US$2 million for CryptoData Vault, based in Washington DC, USA, to “develop a hardware wallet for a fully compliant, secure and geo-fenced solution for storing digital currencies”.

As part of this project, CryptoData Vault built a utility token — Sovereign Cash — to be used in conjunction with the hardware wallet, and also issued 4.3 billion Sovereign Cash tokens.

Today it listed at a price of $0.0058 per token, giving a total market capitalisation of US$25 million.

However, the initial list price will not necessarily reflect the subsequent price at which the tokens are publicly traded.

FGF had already secured 15.56% of all Sovereign Cash Tokens and based on today’s list price, it puts FGF’s holding at US$3.89 million. The small cap also has a 50% interest in Crypto Data Vault LLC that owns 30% of all tokens valued at US$7.5 million.

In addition, FGF is entitled to a 6% success fee for all tokens sold by CryptoData Vault.

Over a period of time, FGF will seek to convert the Sovereign Cash tokens to Australian dollars and as soon as is practical.

The company stated that, as Sovereign Cash is listed on additional exchanges and linked with “more trading pairs”, it expects to find additional opportunities to sell the tokens. 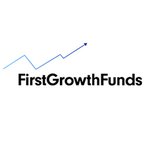