All assays from Ardiden Limited’s (ASX:ADV) lithium drilling at Seymour Lake are back, with an average of 1.46% lithium oxide – above economic grades.

It told its shareholders today that it had received the last of the 150 samples back from the lab, which were taken from six holes drilled as part of a due diligence process at the project.

Significantly, 30% of the 150 samples returned grades of greater than 2%, with the 5.4% assay found close to surface.

It said all samples contained at least a “strong presence of lithium mineralisation” at various grades – with 52% of the drill core being identified as spodumene pegmatite and close to surface – which could lower initial drilling costs should ADV decide to go ahead with the project. 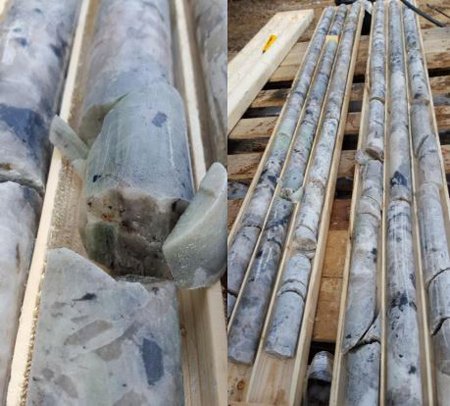 A six-hole program was conducted by ADV as part of a due diligence program on Seymour Lake, as it currently has an option to acquire 100% of the project.

The drilling was done mainly to confirm data from historical drilling at the project.

Summing up the latest round of drilling, ADV said that they “continue to establish the high potential of Seymour Lake to host a quality lithium deposit”.

It told shareholders than the average of 1.43% Li2O was especially pleasing when compared to other similar deposits around the world as: “average lithium grades of 1.1% to 1.3% Li2O are deemed to be economic”.

With the drilling done at dusted at Seymour Lake, ADV has now moved the drilling rig over to Root Lake – another lithium project in the area it has an option on.