ASX junior, Rumble Resources (ASX:RTR), has penned a binding option agreement to acquire up to 100% of the Long Lake and Panache Projects in Canada from well-known local (Sudbury) prospector, Gordon Salo. Both are considered highly prospective high-grade nickel-copper deposits.

This plays nicely into RTR’s strategy to proactively generate a pipeline of quality high-grade base and precious metal projects, critically review them against exacting criteria, and to action low-cost systematic exploration to drill-test for high-grade world-class discoveries.

RTR is at a promising stage for shareholders, having recently drilled the Munarra Gully high-grade copper-gold project (currently awaiting assays) and the Nemesis high-grade gold project (assays awaiting) in WA. The company is also scheduled to drill its flagship high-grade Braeside zinc-lead-copper-silver project in August and the Earaheedy high-grade zinc project in September (also in WA).

With $3.8 million cash in the bank, moreover, RTR is in well-funded for this busy series of upcoming works.

With that in mind, the Long Lake and Panache projects have met RTR’s stringent criteria and will provide shareholders with another near-term opportunity to find a world-class base and precious metal deposit.

Since 1883, the Sudbury mining field has been globally significant with the Sudbury Basin, the second-largest supplier of nickel ore in the world — and new discoveries continue to be made.

It is one of the most productive nickel-mining fields in the world with over 1.7 billion tonnes of past production, reserves and resources. Nickel-copper and platinum group metals (PGM) bearing sulphide minerals occur in a 60 kilometre by 27 kilometre elliptical igneous body called the Sudbury Igneous Complex (SIC). Nearly half of the nickel ore at Sudbury occurs in breccias and Offset Dykes in the footwall rocks of the SIC.

The location of the Long Lake and Panache Projects, including the deposit types of the Sudbury Basin: 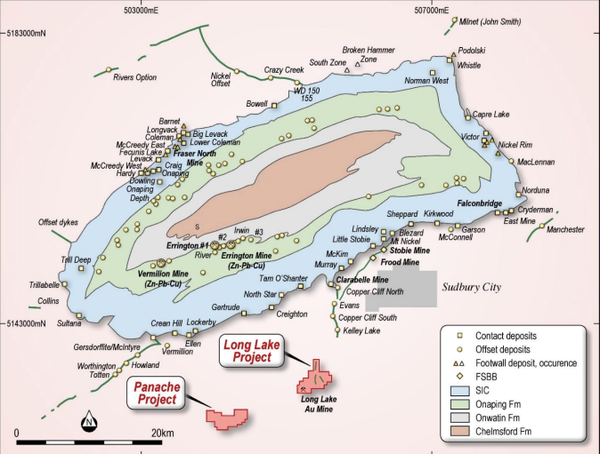 Very significant high value deposits occur as clusters along Offset Dykes and are often blind. The Kelly Lake Deposit was found below a smaller near surface deposit by downhole TEM, and was defined in 2006. 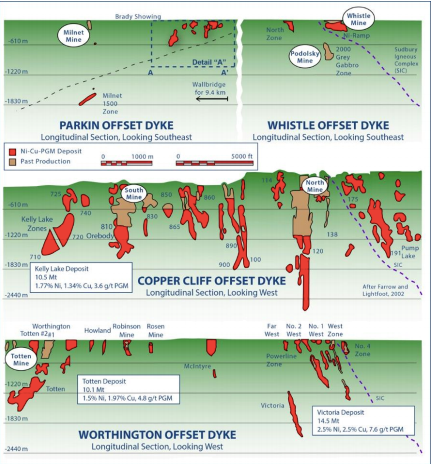 Intriguingly, the project area lies some 10 kilometres southwest of the Kelly Lake nickel-copper-PGM (10.5Mt at 1.77% nickel, 1.34% copper, 3.6 g/t PGM reserve), which lies at the southern end of the major Copper Cliff Mine Sequence.

Fieldwork (including a single shallow diamond drill-hole) has highlighted Sudbury Breccia and quartz diorite (a known host for Sudbury Basin deposits) occurrences over several kilometres of strike. The occurrence is inferred to be the faulted southern extension of the Copper Cliff Offset Dyke.

So far, no deep penetrating ground TEM surveys have been conducted to test for nickel-copper-PGM massive sulphide mineralisation — something RTR will explore in the not-so-distant future.

Historically, the Long Lake Gold Mine was the largest gold mine in Ontario: 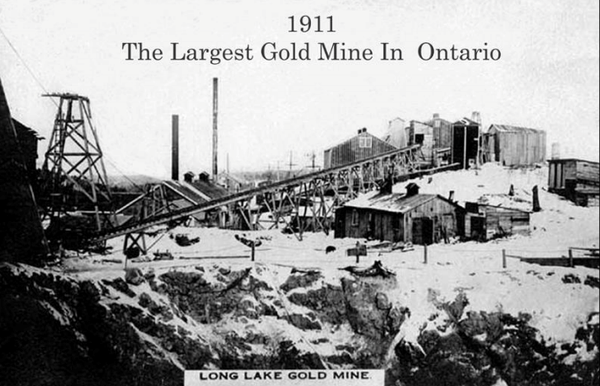 The Panache Project is located 40 kilometres southwest of the city of Sudbury, Ontario. The project hosts a large portion of the Panache gabbro intrusion, which is part of the regional extensive Nipissing Gabbro Suite (some 2215 million years old).

Here, potential mineralised feeder dykes associated with layered gabbroic intrusions have been identified by mapping and surface geochemistry. No ground TEM has been completed. 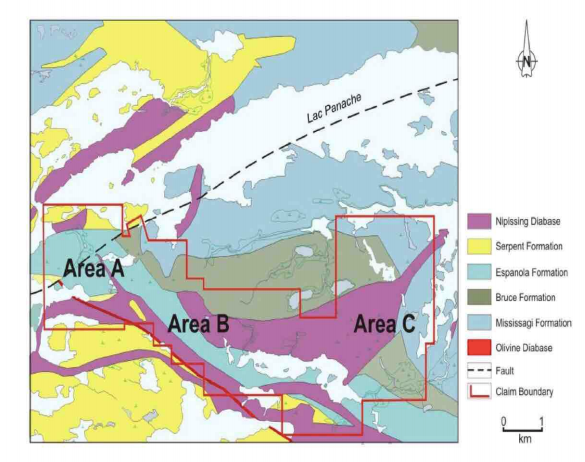 In regard to the Panache Project, RTR plans to target high order base metal with PGM surface anomalism inferred to be potential feeders to gabbroic intrusions, using high power ground TEM to generate potential conductors.

RTR will embark on diamond drilling to test conductors that may represent massive nickel-copper-PGM sulphide mineralisation.