Riva Resources (ASX: RIR ) announced on Thursday that drilling was underway at its Tabac cobalt-gold project located near Wiluna in the Northern Goldfields region of Western Australia.

These included 80 metres grading 0.77% cobalt from 170 metres, including 10 metres at 1.47%, well above the average grades of deposits in the prolific Democratic Republic of the Congo, the region which supplies the majority of the world’s cobalt.

Another significant intercept as indicated below was 30 metres at 0.3% cobalt from 358 metres, including 10 metres grading 0.86 grams per tonne gold. 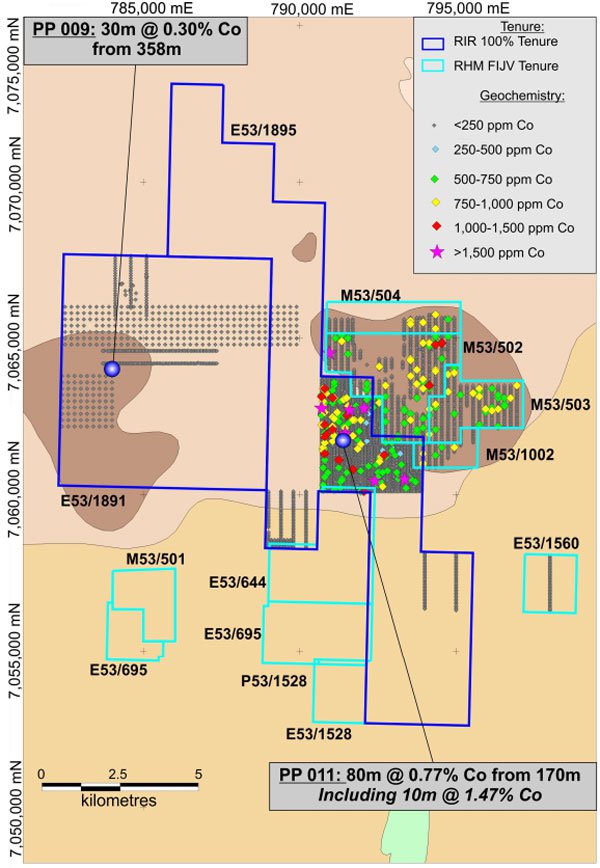 RIR’s strategy is to drill a diamond hole adjacent to the shallower of the two significant historical drill holes, which reportedly intersected the higher grade cobalt.

It should be noted that the company is in its early stages and investors should seek professional financial advice if considering this stock for their portfolio.

Following completion of the first hole, RIR will commence drilling of the planned Southern holes as part of the Rosslyn Hill Mining (RHM) approved program before returning to the Tabac project.

Managing Director, Jonathan King, described the initial target as ‘the most anticipated cobalt drill hole in Australia’, and he is expecting drilling to be completed within 10 days, with assay results expected in early to mid-May.

Management also announced today that the company is close to finalising documentation for the previously announced exploration farm-in with RHM, owner and operator of the adjacent Paroo Station lead mine.

The agreement will provide access to RHM’s project database and infrastructure, as well as the right to earn 75% of the cobalt, gold and copper mineral rights on its tenements. Should the deal be finalised and RIR were to replicate historical drilling intercepts at Tabac this would have a significant impact on the company’s valuation.

However, looking at the bigger picture, the Yerrida Basin region could potentially be viewed as a new cobalt province. Should RIR have exploration success, the location of RHM’s existing infrastructure could assist in processing ore from Tabac and/or Paroo Station.