Riva Resources (ASX: RIR) announced on Monday that it had started drilling the second hole at its Tabac cobalt gold project located 30 kilometres west of the Wiluna in Western Australia. This will test for potential cobalt bearing mineralisation within the Bubble Well Member in the western sub-basin.

If last week’s events are a guide, this could be a share price moving event in the making. On May 3, RIR announced that its first hole had intersected substantially altered and brecciated stromatolitic Bubble Well Member, the target horizon with potential cobalt bearing mineralisation of 110 metres in width starting from 148 metres.

This news resulted in the company’s shares increasing 35% from 1.7 cents to 2.3 cents, and since then it has traded as high as 2.6 cents. 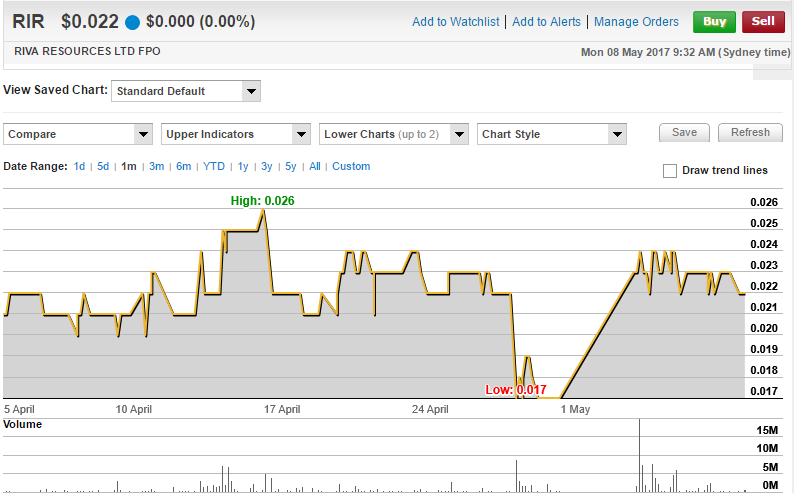 From a strategic perspective, the second drill hole is focused on testing the Bubble Well Member for potential cobalt mineralisation on the eastern flank of the western sub-basin.

The Tabac project benefits from existing infrastructure, including the Goldfields Gas Pipeline and associated power generation infrastructure located at the adjacent Paroo Station Mine.

Being relatively close to the port of Geraldton there is the prospect of exporting concentrate through that channel.