Revenue generating BDA sets its sights on US market

The past six months has seen a large global regulatory shift with regards to cannabis classification.

In Australia, the Therapeutic Goods Administration (TGA) announced a decision to down schedule CBD products to Schedule 3 (Pharmacist Only) medicines.

The US House of Representatives also passed the Marijuana Opportunity Reinvestment and Expungement (“MORE”) Act to decriminalise cannabis at a national level. The bill aims to remove cannabis from the US controlled substance act, while recognising the therapeutic benefits of the drug. 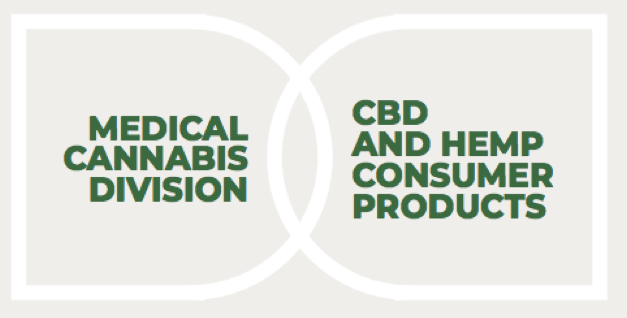 BDA already has a large footprint in the market that is driving its growing revenue base. CEO Jo Patterson is also a key driver and, with a substantial shareholding in this tightly held company, putting her confidence in the company on public display.

One of the key reasons for its growth during H1 2020 is a deep pocketed global distribution partner.

BDA has an exclusive global partnership with Health & Happiness (H&H) Group, a multi-billion dollar Hong Kong listed company, that owns a number of powerful consumer brands in the health and wellness space.

BDA has an exclusive global partnership with H&H Group, with nine hemp seed products under the Swisse brand being sold in over 2,000 outlets across the globe.

In Australia, BDA products being sold under the Swisse partnership can be found in retailers such as Chemist Warehouse, Coles and Priceline pharmacies.

BDA products are also sold in the UK, Netherlands, and Italy, with further expansion in Europe and the US to come, as a result of the partnership.

The partnership has had a significant impact on revenues.

Good business acumen on behalf of management is indicated by reduced ordinary losses from activities by 8.4% to $1.2M, driven by a decreased spend on marketing costs and corporate overheads, despite the appointment of new employees in Australia, the UK and the US.

Growth was underpinned by the sale of innovative CBD and hemp products to exclusive global partner H&H.

Sales to H&H attributed $1.4M to revenue, marking a 1,040% increase and highlights the strong consumer demand for Bod and H&H’s innovative product ranges in Australia, the European Union and the UK.

Both parties have launched products in four major markets including Australia, the UK, Netherland and Italy with expansions into other European countries and the US expected shortly.

Alongside the nine hemp seed products sold under the Swisse brand, which have been very well received by customers, four Swisse CBD products were launched in the Netherlands, representing the third major market that BDA and H&H have entered collaboratively. 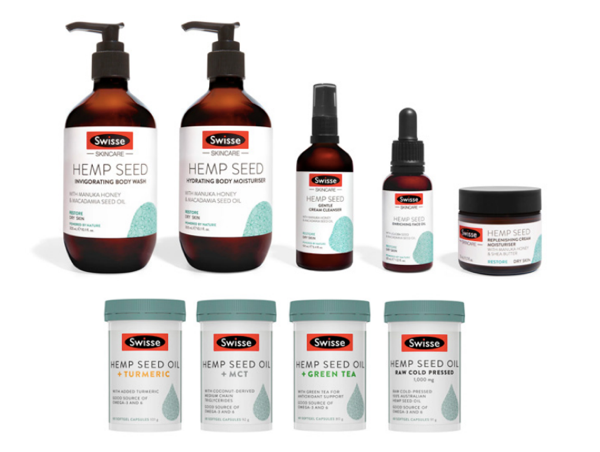 BDA has unique leverage being H&H’s only partner in CBD and will benefit from the breadth of products, experience in global product growth, operational economies and buying power.

CBII marked H&H’s first ever use of BDA’s CBD in its product range and directly underpins sales growth through an innovative direct to consumer model. 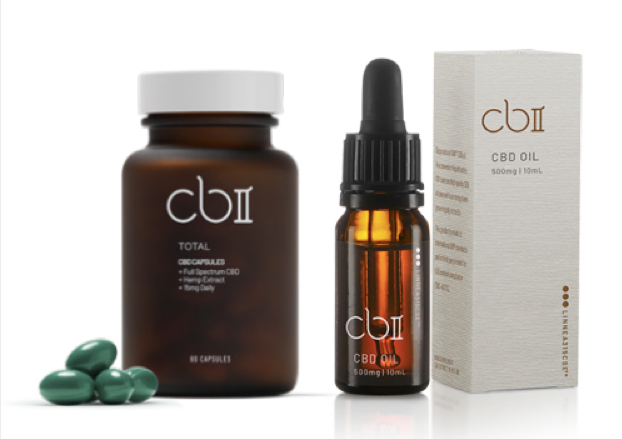 BDA’s pharmaceutical-grade, medicinal cannabis is currently available in Australia and the UK, with new markets being opened around the globe.

In Australia, the company’s overall growth has been supported by an ongoing increase in medical cannabis prescriptions.

Such growth in prescription volumes can be attributed to continued product uptake and brand recognition in Australia.

During H1 FY2021, BDA filled a total of 3,941 MediCabilisTM prescriptions, highlighting a 114% increase on the PCP.

BDA now has the largest market share in the addressable market defined by full plant, high CBD products in Australia – a major achievement in a highly competitive market.

This also demonstrates the benefits that MediCabilisTM continues to deliver to patients suffering from a range of chronic conditions, which account for 74% of prescriptions.

The multi-clinic, open label observational study is to explore the effectiveness of its MediCabilisTM product for indications including anxiety disorders, insomnia and Post Traumatic Stress Disorder (PTSD).

It will collect data from 500 patients that are prescribed MediCabilisTM over a 12-month period.

BDA expects each patient will be prescribed MediCabilisTM three to four times over the course of the study. This will contribute to sales growth, as well as broaden product visibility amongst healthcare professionals and patients.

Alongside Australian growth, prescription growth is expected to continue with a well-established and increasing UK footprint.

LYPHE provides telehealth services, as well as physical clinics across the country.

The agreement provides Bod with an established footprint in the UK, strong distribution channels and a network of physicians to fill prescription volumes generated from Project Twenty21.

Bod is also exploring additional opportunities to broaden its operations in the UK.

Of its expanded footprint and revenue growth, Ms Patterson said, “The first half has been a period of significant progress for Bod. We have achieved a great deal, which provides a solid base for growth to continue during the current half and beyond. Not only have we increased our revenue on the previous corresponding period, but also achieved recurring sales of both our CBD and hemp products with H&H and continued uptake of our MediCabilisTM product with patients and physicians in Australia.

“Our exclusive agreement with H&H continues to unlock a number of new market entries and international expansion initiatives. During the period, the Company secured binding purchase orders for products which will be launched in the Netherlands, France and Italy. This considerably broadens Bod’s global presence and provides access to large addressable markets. A number of other regions are earmarked for near term expansion, which we expect will lead to further revenue increases.

“MediCabilisTM prescriptions volumes continue to grow, which highlights the strong appeal and benefits that the product continues to bring patients. We expect the upward trajectory to continue, particularly as CBD becomes a more accepted form of treatment for chronic conditions.

“The second half has commenced well for Bod and the Company is very well placed for continued growth.”

The next major target is the US.

It was a major milestone, in that BDA’s CBD and hemp range is considered safe for use in a wide range of food supplement and beverage applications.

This should help set up its US product roll-out, especially as H&H has an established presence in the USA.

BDA expects to generate significant revenue from sales of its products in the US market and will launch products directly to consumers through ecommerce platforms as well as with recognised retailers.

Further to this, BDA and H&H will launch products in over 4,000 pharmacies across Italy and through Swisse’s established ecommerce channels and has a binding purchase order from H&H valued at $200,000 for Swisse hemp seed oil products designed to target specific need status including stress, sleep, energy levels and general wellness to be sold in France, as well as existing Netherlands and UK channels. 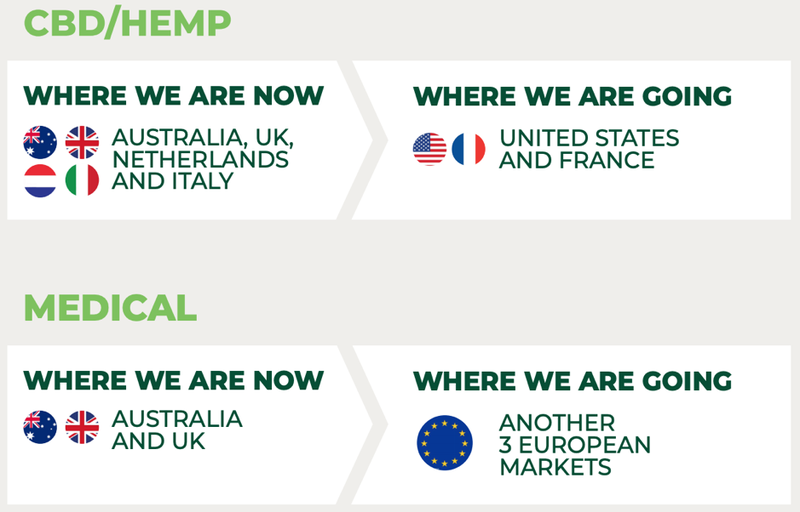 BDA’s strong financial performance puts it in a strong position for growth over the rest of 2021, with first sales in the giant US market, potentially presenting several major catalysts for the company and its investors to look forward to.