Having secured a land package of approximately 6000 acres surrounding its existing staked drill locations and completed the required archaeological surveying following a round of pre-drilling, RMX is now positioned to begin its exploration program once permitting is complete.

King said that the company is currently reviewing bids from local drilling contractors and he anticipates drill permits for the project will be finalised in the coming weeks with drilling to commence thereafter.

Discussing the exploration acreage, King said, “We are very pleased with the swift progress we have made at the Red Valley lithium project and importantly we have now secured a land package of approximately 6000 acres which provides a scale required for a significant lithium brines operation should we encounter commercial levels of lithium enrichment”.

Red Mountain looks to uncover the next Clayton Valley

Feyerabend has been involved in various drilling programs in the Clayton Valley and over the course of this work he has developed a detailed geological model as to the characteristics of the lithium enrichment in that region, together with the qualities which allow traditional extraction techniques.

On this note he said, “My experience in the Clayton Valley led me to query why it was the sole lithium brine production location in the US, and analysis of that region’s physical characteristics and considerable research over the last two years has led to the identification of the Red Valley project as a geologic analog for the Clayton Valley”.

The following similarities were identified by Feyerabend: 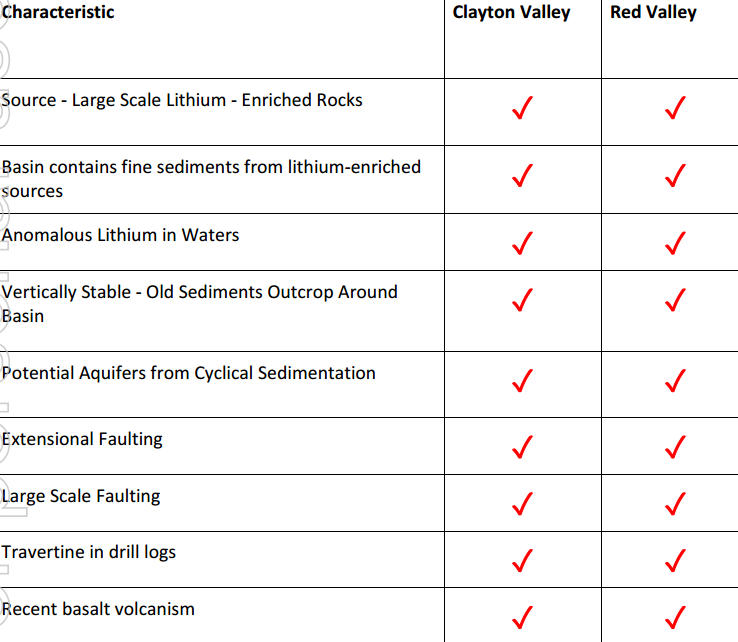