Red Mountain Mining (ASX:RMX) has commenced drilling at its Red Valley lithium brine project in Utah. The company is conducting a 3 x 1000 feet well program as it tests for commercial levels of lithium enrichment in local brines across the 6000 acre project area.

While unseasonal weather conditions, including high rainfall and late snowfalls have hampered exploration activity, an uninterrupted program should see drilling completed by early May.

Although, this is an early stage call and investors considering this stock for their portfolio should seek professional financial advice.

As can be seen below, Red Valley ticks plenty of boxes in terms of possessing similar geological characteristics to the prolific Clayton Valley region which hosts North America’s only lithium brine production project, one that has been in operation for 50 years. 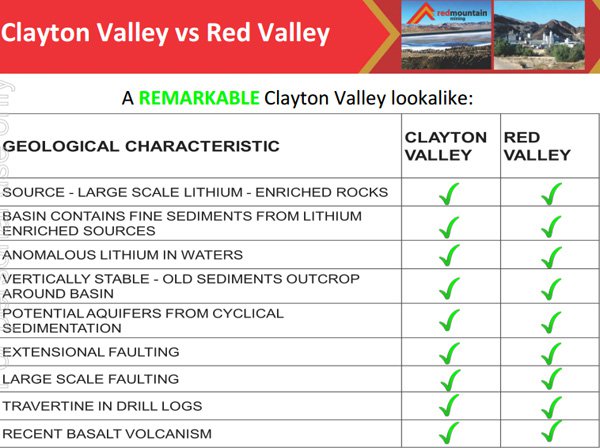 The upcoming drilling program is fully funded following a $1.75 million capital raising in late February with those funds intended to be used both on drilling and the assessment of complementary new assets.