Cora Gold (LON:CORA) is a West African focused gold exploration business, formed in 2012 and significantly enlarged by the amalgamation in 2017 of the gold exploration assets in Mali and Senegal of Hummingbird and Cora Gold’s former parent, Kola Gold. These developments were the forerunner to the company’s listing in October.

Cora Gold through its subsidiaries and joint venture partners, hold interests in 14 permits in Mali and one exploration licence in Senegal. These cover a total area in excess of 1700 square kilometres across two significant geological areas, the Kenieba Window (either side of the Mali and Senegal border) and the Yanfolila Gold Belt (south-west Mali).

No mineral resource estimates or reserves have yet been defined on any of the group’s properties, but it is management’s intention to conduct further exploration on its existing portfolio of mining properties and prove a resource, compliant with an internationally recognised standard accepted in the AIM Rules.

It should be noted here that CORA is at this stage a speculative stock and investors should seek professional financial advice if considering this stock for their portfolio.

Hummingbird has a 34 per cent stake in Cora Gold, however the company’s relationship with high profile mining group stretches beyond substantial shareholder status. Cora’s flagship project is located on the Sanankoro property in the south-west of Mali with the southern-most area extending into the Yanfolila Cercle of the Sikasso region. This property was purchased by Hummingbird from Gold Fields in 2014 as part of a larger acquisition.

Exploration activities completed within the Sanankoro property have included soil sampling, termite mound sampling, ground geophysical surveying (induced polarisation (IP), resistivity and magnetics), trenching, drilling and associated sampling. Most of these activities were completed by Randgold Resources Ltd and Gold Fields Ltd between the mid-2000s and 2012.

Some of the drill intercepts recorded by Gold Fields in the course of its exploration activities were as follows.

These sub-parallel zones appear to intermittently continue to both the northern and southern boundaries of the Sanankoro property, a total distance of around 14 kilometres.

It is also worth noting that the Sanankoro property is situated adjacent (east) to the African Gold Group’s Kobada gold project. The Kobada project has a 1.2 million ounce measured and indicated resource and occurs on a NE-SW orientated structure that runs parallel to the Sanankoro mineralisation.

Commenting on the highly prospective nature of the Sanankoro deposit, Cora Gold’s Chief Executive, John Forster said, ““Sanankoro is a discovery of substantial potential and the indication of shallow plunging higher grade shoots within a lower-grade halo is particularly encouraging and provides us with immediate follow up targets for future drilling”.

Forster highlighted the fact that the level plan confirmed the remarkable continuity of the gold bearing structure throughout Zones A and B (see below), suggesting that this continuity should exist along strike to both the north and south.

He is also of the view that there is the potential for parallel repetitions of these structures within the project area, allowing the company to delineate a resource which would support a standalone gold mine at Sanankoro. 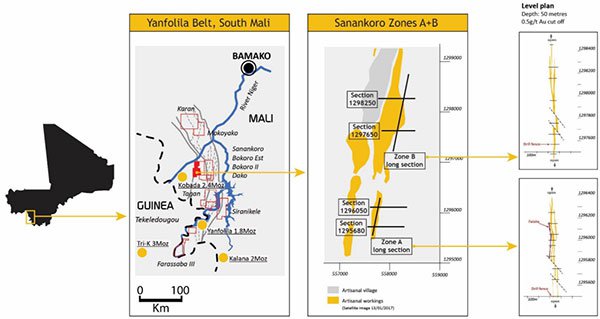 Cora has re-evaluated the Gold Fields historical drilling data using a lower cut-off grade of 0.5 grams per tonne gold (previously 1 gram per tonne gold as per SRK Competent Person’s Report (“CPR”) and allowing internal dilution downhole of 3 metres in its compositing of drill intercepts (previously zero metres as per CPR).

Management believes that the new assessment is more realistic for this style of mineralisation, the deep weathering profile observed at Sanankoro, and better reflects the likely mineable widths and grades of the project.

Cora also used the 0.5g/t Au cut-off grade to construct a level plan at 50 metres below surface, as well as a long section with a gram x metre contour, for both Zones A and B.

The level plan shows almost complete along strike continuity of the mineralised envelope along the 600 metres and 1 kilometre of strike in Zone A and B, respectively. Some minor offsetting or discontinuity is noted, which is possibly associated with late stage faulting.

Importantly, true widths of mineralisation generally ranged from 12 metres to 25 metres, indicating likely amenability to bulk tonnage mining methods. This is particularly encouraging given that management views the project as a large tonnage/lower grade gold deposit. 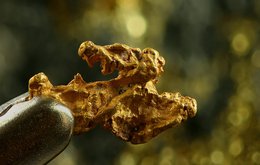 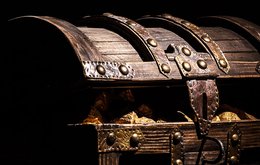 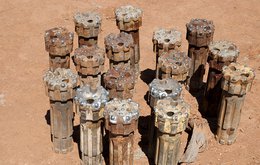