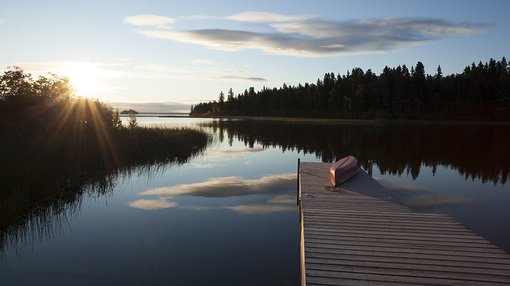 In conjunction with the release of exploration results QUR announced that it had successfully completed the placement of a shortfall from a recent rights issue leaving it well funded to undertake its planned exploration program on its advanced lithium project in Manitoba, Canada.

However, potential investors should note that QUR is an early stage exploration company and independent financial advice should be sought if considering this stock as an investment.

These exploration results come just shy of three months after QUR completed the acquisition of Manitoba Minerals, a private company that holds the right to earn up to a 95% ownership interest in the Thompson Brothers Lithium Property in Wekusko Lake, Manitoba, Canada.

The project is located 20 kilometres east of the mining community of Snow Lake Manitoba which is well serviced by road and rail transport infrastructure, as well as being in close proximity to the sea port of Churchill. 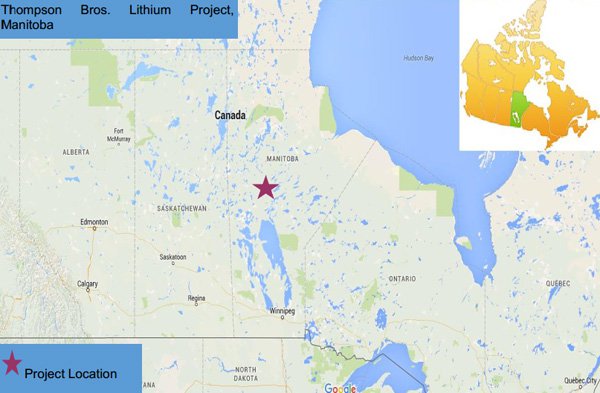 Management noted at the time of the Manitoba acquisition that the region was consistently ranked as one of the top mining jurisdictions in the world which not only benefited from excellent transport infrastructure, but had access to low-cost electricity.

QUR also has the benefit of previous exploration data which identified lithium mineralisation in a spodumene rich pegmatite dyke over a strike length of more than 800 metres.

While a mineral resource estimate was announced in 1998, it isn’t JORC compliant, but the 4.3 million tonnes grading 1.3% lithium dioxide is still useful as a guide, as is information indicating that the deposit is open at depth and along strike.

One of the key features of the results released on Wednesday revolved around information gleaned from nine samples that were taken, five of which returned 4000 ppm lithium, with three other samples boasting more than 6000 ppm lithium. A summary of the nine samples is outlined below. 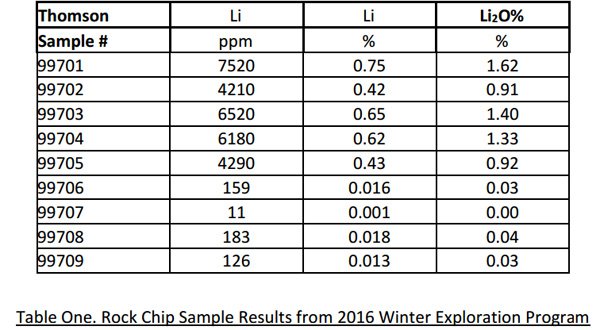 While a large area of the property remains unsampled, highly mineralised areas remain open at depth and along strike, leaving the potential for the delineation of further mineralisation.

Importantly, the latest program identified and confirmed the existence of Thompson #5 as a separate, parallel structure which returned 4290 ppm lithium (0.92% lithium dioxide) in spodumene bearing pegmatite.

The following map demonstrates the proximity of Thompson #5 to the main pegmatite body previously delineated. 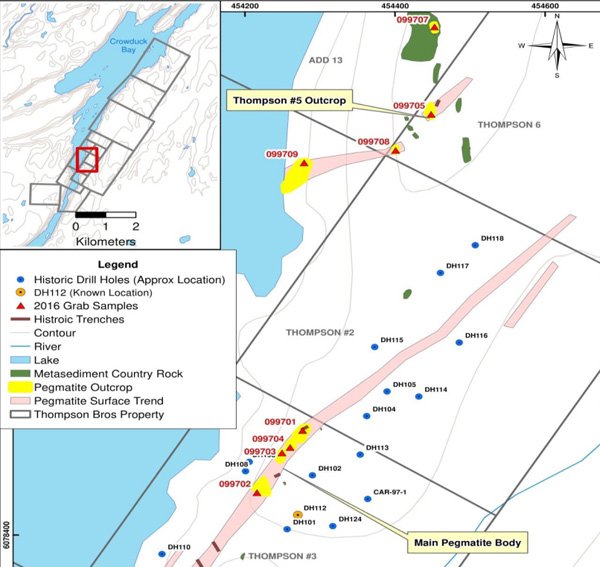 Proximity of Thompson #5 to the main pegmatite body.

Further exploration work is now being prepared which could lead to significantly increased overall lithium tonnages from the project.