PSM shares rally over 10% on back of promising graphite results 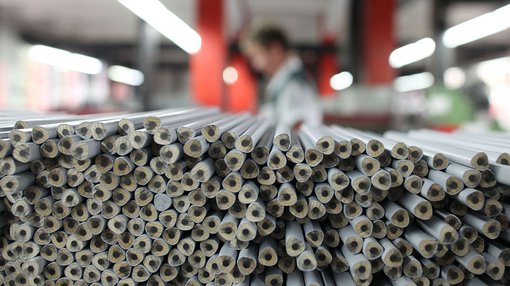 Peninsula Mines (ASX: PSM) announced on Thursday morning that it had achieved excellent metallurgical results from samples taken from its Yongwon graphite project in South Korea. This relates to the production of an average 97% total graphitic carbon (TGC) concentrate grade.

Associated promising developments include a high grade trenching intersection of 9.7 metres grading 11.7% TGC including 2.5 metres grading 16.9%. These results drove a 10.5% increase in PSM’s share price in the first hour of trading.

However, prior trading history may not be replicated and company/broker projections may not be achieved and should not be used as the basis for an investment decision. Those considering this stock should seek independent financial advice.

PSM’s Chief Executive, Jon Dugdale noted that the trenching had not yet tested the entire width of the graphitic unit (estimated to be at least 10 metres wide at surface), and further trenching is planned along the strike of the unit.

Dugdale noted that electromagnetic surveying has proven to be an accurate exploration process in terms of defining potential deposits and the fact that this has indicated highly conductive graphitic unit dipping moderately to the north-east from surface, continuous to at least 100 metres down dip and extending the strike length to more than 400 metres was promising.

Commenting on these recent developments, Dugdale said “These results have presented a high-grade drilling target and the opportunity to define a maiden indicated graphite resource”.

A drilling program is planned to commence early in the second quarter of 2017 and this will test the conductive graphitic unit that has been identified.

Dugdale noted that the additional re-grind stages had resulted in a very high concentrate grade of 97% TGC, effectively reducing the distribution of coarser flake material in the final concentrate.

However, of importance is the fact that the high grade of the concentrate produced from the Yongwon graphitic material indicates suitability for further down-stream processing, including micronisation then spheronization to produce a spherical graphite concentrate for final purification and coating prior to lithium-ion battery anode production.

Testing to determine the spheronization potential of the Yongwon graphite concentrate will commence immediately in order for a suitable sample-product to be produced for discussions with potential offtake partners in South Korea and North Asia generally, home to some of the world’s largest manufacturers of lithium-ion batteries.