PSC searches for the divine in Zimbabwe

Prospect Resources is a very high risk stock. Getting mining projects up and running in countries such as Zimbabwe is no simple feat for political and social reasons, and there may be challenges ahead. You need to fully inform yourself of all factors and information relating to this company before engaging with it.

Prospect Resources (ASX:PSC) has sought a touch of divine inspiration for its next lithium move.

It has picked up an option over a second Zimbabwean lithium project, this one targeting the God’s Gift deposit as part of the broader Benson pegmatite field.

The field has largely been mined in the past with a focus on beryl and tantalite – and although mining records at the project are incomplete – PSC told its shareholders that artisanal mining had exposed pegmatites.

All up it said the project contains a series pf pegmatites, usually 0.5m to 30m in width and more than 600m in length – and generally of the type which produces lithium-sodium. 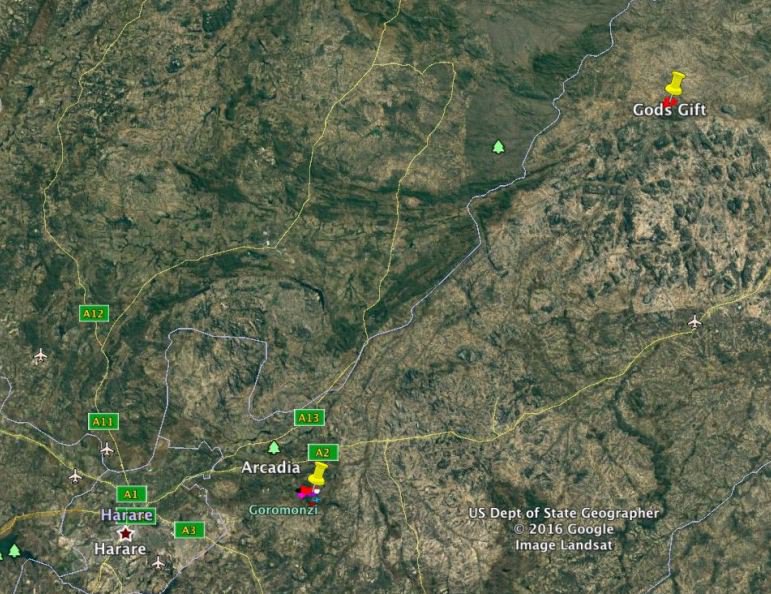 The location of the God’s Gift project

The project is about 165km northeast of Harare and is accessible by bitumen road – somewhat of a Godsend in the country.

PSC’s 70% owned subsidiary Hawkmoth Mining & Investment has taken a four month option on the project to stake a 90% interest in the project.

PSC said it would drill six holes at the project by way of verification of lithium potential.

It said it would also undertake mapping, pit and channel sampling in the four month period as well.

While PSC has traditionally focused on gold in Zimbabwe, it has also pivoted its focus to lithium.

PSC announced that it had picked up an option on the Arcadia Project in May, which has an initial exploration target of 15-18 million tonnes of pegmatite at 3-5% lithium oxide.

While there has been historical drilling on the permit, this was done before the JORC 2012 standard was in play and therefore PSC will need to do its own drilling to come up with a JORC Resource on the project.

PSC has previously told shareholders at the time that intermittent production between 1954 and 1972 had produced over 15,000 tonnes of mixed lithium ore.

Initial drilling has been promising for PSC, with it recently announcing a series of positive hits.