Protean Energy Ltd (ASX:POW) has announced that a 25kW (100kWh) V-KOR vanadium battery has been installed at the site of OzLinc Industries in O’Connor (Perth Western Australia). There, it will be used in a micro grid situation — isolated from the main electrical grid — in combination with a 21kW solar PV system and a 21kW diesel generator.

Demonstrating the V-KOR vanadium battery in a micro grid situation is the first phase of the company’s Australian trial, with the second phase involving the incorporation and integration of the solar system and the V-KOR battery with the Western Power electricity grid.

The micro grid trial at OzLinc will demonstrate how the V-KOR battery operates as part of an off-grid solution in commercial/industrial premises.

POW’s V-KOR vanadium battery solution is an enabler technology for renewable energy which can be used in conjunction with solar systems, wind turbines or natural gas generators anywhere with access to a natural gas pipeline.

The V-KOR battery can offer customers energy certainty, as well as providing the option to store energy when it is either available from the grid at off peak rates or when a solar system or wind farm is generating power for free.

For customers who are remotely located, as many are in WA, or who are off the electricity network, a micro grid solution offers several advantages including significantly reducing power costs. This is an even greater advantage when considering land owners or property developers who typically would be required to pay for an electricity network extension.

The company also noted the opportunity for network providers to save millions of dollars by utilising V-KOR batteries as an electricity network solution.

Chief Technical Officer for KORID Energy, Mr Na said: “The trial demonstrates the V-KOR battery’s use as part of a micro grid solution and its integration with other energy technologies.

“The V-KOR battery is progressing towards full commercialisation for the Australian market and our technology will assist network providers to offer lower electricity costs to their customers. We are encouraged by the size of the market opportunity for vanadium batteries in Australia and the enquiry we have had from land developers, major commercial customers and recent discussions with the electricity network provider.

“In the future we are driving towards being able to manufacture our own vanadium electrolyte. In conjunction with our own potential supply of vanadium electrolyte utilising V2O5 from Protean’s Daejon Vanadium Project in Korea, our battery technology could become the most cost effective grid storage solution in the world. The time is right for our battery technology and we are strategically positioned to capitalise on a rapidly expanding battery storage market in Australia and globally,” he said.

However, how much of the market POW can attract remains to be seen, and if considering this stock for your portfolio you should take all public information into account and seek professional financial advice.

Data gleaned from the OzLinc trial is intended to be used towards optimising the V-KOR battery within hybrid systems (including solar PV, wind turbines, gas or diesel power generators and/or electricity grids). 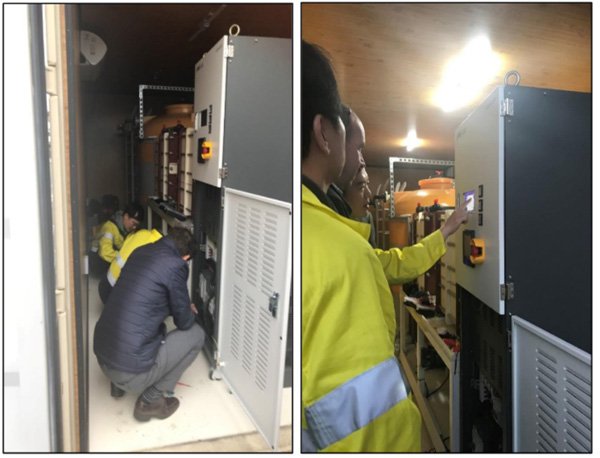 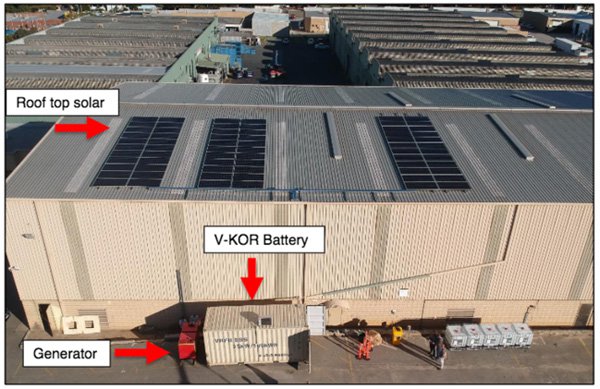