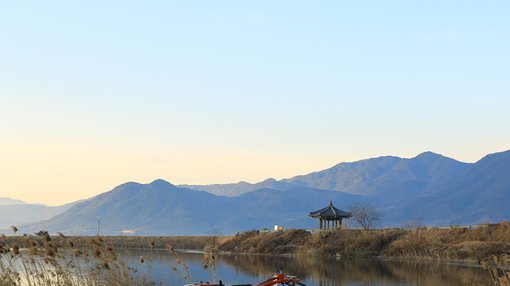 Peninsula Mines (ASX: PSM) has received promising results from metallurgical test work performed on representative samples from its Daewon graphite project in South Korea. This is one of a number of projects the company is exploring, and as a diversified operation with interests across the precious and base metals sectors PSM is shaping up as a highly prospective player in the niche South Korean market.

With regard to the latest results, these are extremely important as they will help PSM in progressing its strategy to build a critical mass of graphite projects in South Korea for selective drilled targeting and development with a view to achieving its goal of supplying concentrate to end users in that country.

Examining the range of results, one of the most impressive features was the high grade concentrate results, averaging 96.7% total graphitic carbon (TGC) and 81.8% graphite recovery from samples extracted from the Daewon graphite project in the northern region of South Korea.

It was this process that resulted in the delineation of very high grade concentrate which suggests it will be suitable for further downstream processing including micronisation, then spheronization to produce a spherical graphite concentrate for final purification and coating prior to lithium-ion battery anode production.

Testing is being undertaken to determine the spheronization potential of the Daewon graphite concentrate to determine if a sample product can be produced that is suitable for end users in the South Korean and Northern Asian markets.

Commenting on recent developments, Dugdale said, “These excellent metallurgical results, plus the addition of four new projects, are critical milestones towards building our strategy to establish a critical mass of flake graphite projects in South Korea with demonstrated metallurgical characteristics suitable for lithium-ion battery and/or expandable graphite and user applications, and production potential to feed these rapidly growing industries”.

It is still early stages for PSM though and investors should seek professional financial advice if considering this stock for their portfolio. 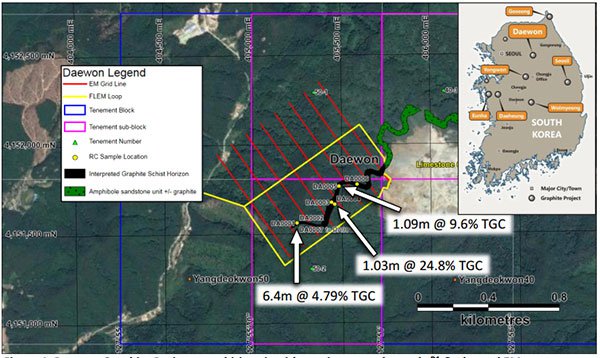 Dugdale noted that the company was in ongoing discussions with Korean end-users with the objective of generating new cooperative agreements in addition to the offtake and development cooperation Memorandum of Understanding recently signed with Graphene Korea.

In further promising news, PSM announced that it had applied for tenements over four new graphite projects in South Korea, all of which have evidence of flake graphite bearing units.

The company has also applied for two tenements located close to the north-east coast of South Korea where a number of graphitic units with widths between 3 metres and 5 metres were inspected, and nine samples collected for analysis.