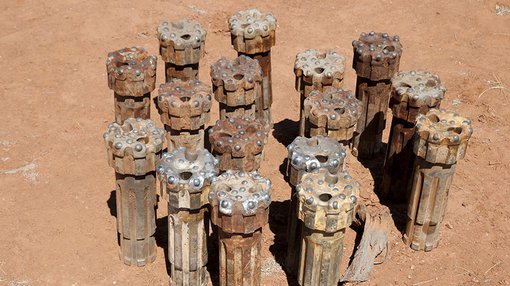 CORA is focused on two world class gold regions in Mali and Senegal in West Africa, where it has multiple high-potential, drill-ready gold targets. Yet its primary focus is on further developing the highly prospective Sanankoro Gold Discovery, which the company believes has the potential for a standalone mine development. 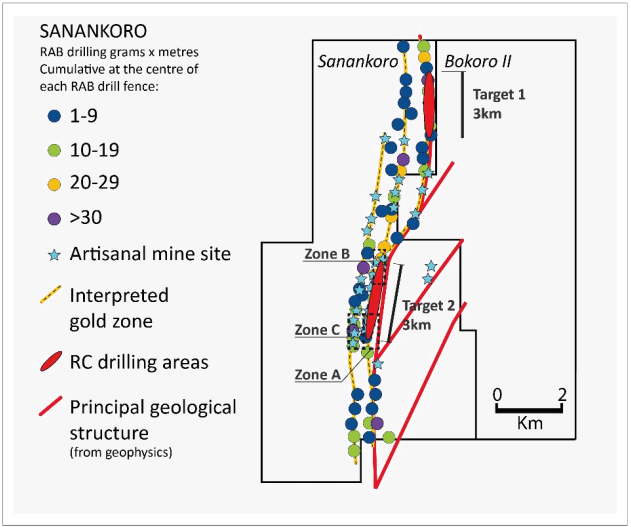 CORA report that gold assay results from Stage 1 —broadly spaced, shallow, reconnaissance drilling at Target 1 — confirm the discovery of a new gold zone of at least 1200 metres with the potential to increase to more than 3000 metres.

Impressive assays from the initial programme include some extremely encouraging high-grade gold intercepts of up to 52.80 g/t, including:

These results indicate strong potential for the zone to carry economic grades and widths.

The drilling programme at Target 1 has tested just 1.5 kilometres of a greater than 7 kilometre long structure on a reconnaissance basis, with drill fences orientated east-west and set mainly 320 metres apart.

The results confirm that Target 1 can be added to the inventory of Gold Zones that CORA will prioritise for follow up infill drilling. A number of core drill holes will be required, in conjunction with information from ground IP to enable better understanding of geometry, structure and mineralisation controls prior to subsequent infill drilling.

Stage 2 drilling is now underway, with 4000 metres of combined AC (air-core) and RC (reverse circulation) drilling and 500 metres of diamond core focusing on Sanankoro Zones A, B and C.

CEO of Cora Gold, Dr Jonathan Forster said: “This initial drill programme has delivered impressive grades of gold and has vindicated our strategy of stepping away from the known zones of gold mineralisation at Sanankoro to demonstrate the extensive gold endowment of the belt. The results, which are shallow with broad zones of high grade mineralisation, provide great encouragement with respect to the mineralised potential of the over 15 kilometres of identified strike at Sanankoro.

“We have numerous clear drill targets that are not yet tested by AC or RC drilling which may have similar styles of gold mineralisation and, as a consequence, our belief in the 1 million-plus ounce potential of the project is enhanced.”