PolarX Limited (ASX:PXX) has released promising trenching, mapping and sampling results that demonstrate the potential for approximately 600 metres of mineralised strike length at the Zackly East skarn within its Alaska Range Project. 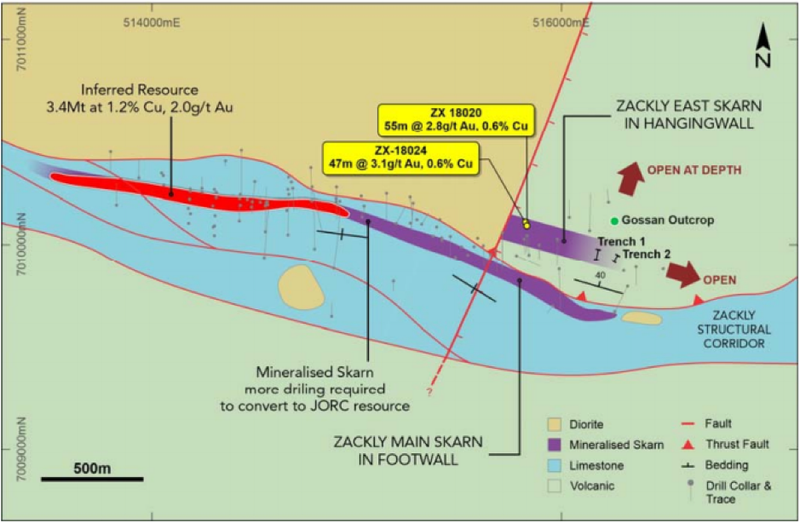 These results highlight the scope for significant growth in the existing Zackly Inferred Resource of 41,000 tonnes copper, 213,000 ounces gold and 1.5 million ounces silver from surface.

The Zackly Skarn sits within the Alaska Range project, which also hosts the Mars porphyry copper‐gold discovery and the large Saturn porphyry target.

The Main Skarn and East Skarn lie within the Structural Corridor that runs west‐east from the Mars porphyry discovery through Zackly and to the northern edge of the Saturn porphyry target as indicated below. 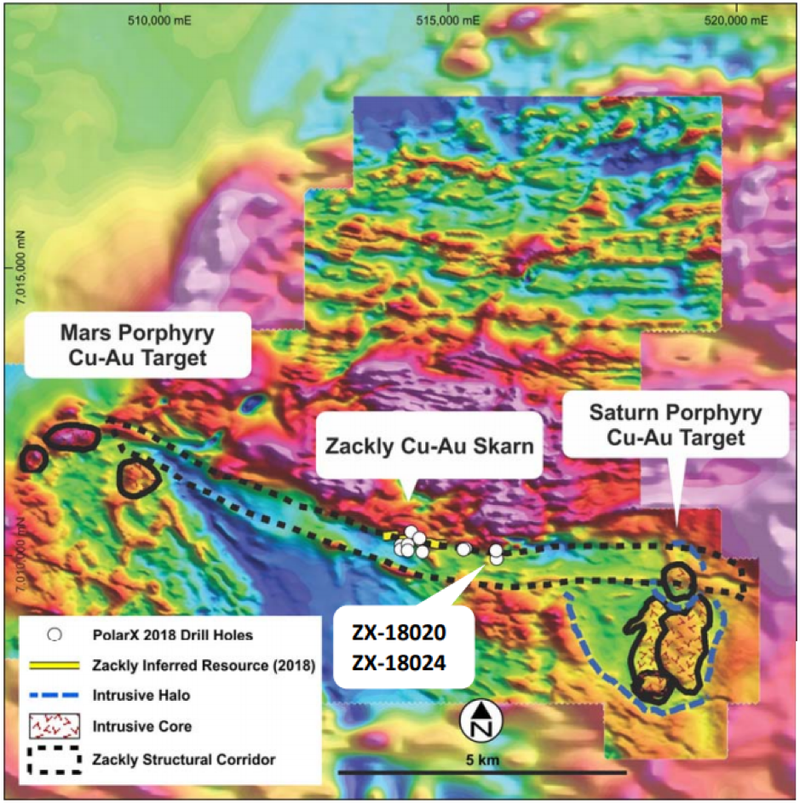 This corridor contains many untested magnetic and structural targets and has the potential to host multiple additional skarn deposits, as well as larger porphyry copper deposits.

Drilling to confirm the extension of the Zackly East skarn should be conducted around mid-year.

Discussions are underway with several parties which have expressed interest in pursuing the porphyry targets at Mars and Saturn via an earn‐in joint venture.

Importantly, the thick, near‐surface nature of mineralisation in holes ZX‐18020 and ZX‐18024, as well as ZX‐18021, combined with the new information suggests considerable strike‐length/extensions.

This may allow rapid accumulation of additional resource tonnes and metal inventory through further drilling.

Rock type, bedding direction, mineralisation, veining and fault controls on mineralisation are all consistent across trenches 1 and 2 as shown in the first diagram.

From a geological perspective, copper mineralisation was observed to be related to moderately to steeply dipping north-west to south-east trending faults that cut across the andesite rocks and clearly post‐dating the thrust emplacement. 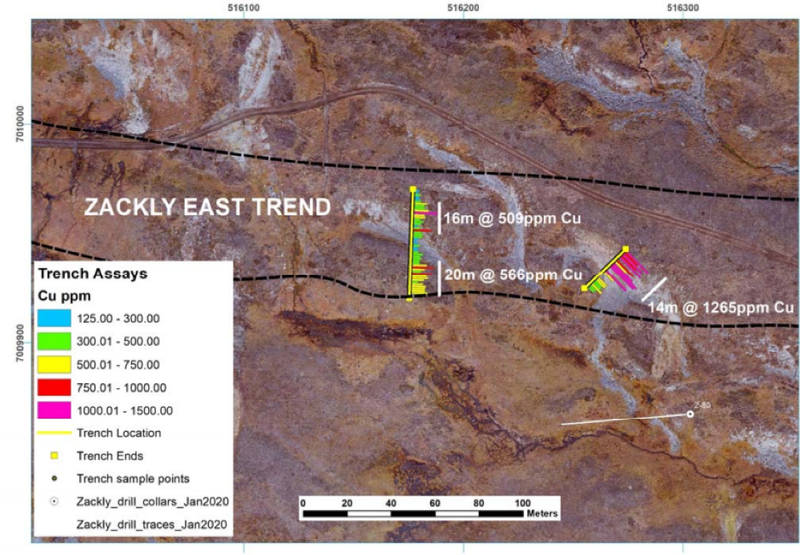 As indicated above, impressive copper assay results were obtained from both trenches.

Trench 2 had one strongly mineralised zone with 14 metres at 1265 ppm copper.

These are considered significant assays for trenches that are situated in the overlying volcanic rocks, namely those that are above the underlying limestone/skarn.

Possible share price catalysts in 2020 include confirmation of a joint-venture agreement in relation to pursuing porphyry targets at Mars and Saturn, mid-year drilling results and resource expansion with the most likely near term news driver being a joint-venture proposal.