To put this into significance, super jumbo and jumbo flake graphite traditionally carries far larger value than small/medium graphite flakes due to their suitability for commercial applications.

As a backdrop, previously reported surface exposures of graphitic units at the Chugwang Project ranged from 13 per cent to 50 per cent Total Graphitic Carbon (TGC) over a 1 kilometre strike length.

Three rock-chip samples collected by PSM in the vicinity of a previous mining and processing operation produced very-high grade results ranging between 16.2 per cent and 24.4 per cent with an average of 20 per cent.

Whilst this is good news, it should be noted that PSM is an early stage play and investors should seek professional financial advice for further information if considering this stock for their portfolio. 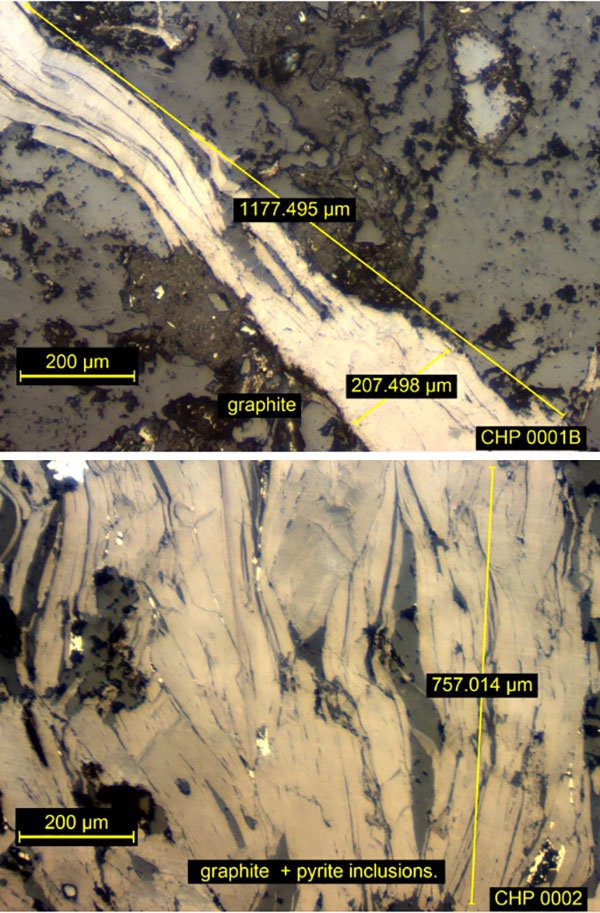 Flakes in excess of 1000 micron suitable for graphite building products

The presence of flakes frequently exceeding ‘super jumbo’ size, including flakes over 1,000 micron is very encouraging as the material is highly likely to be suitable for production of high-purity, large-flake graphite concentrate required by the fast-growing market in
South Korea for non-flammable, expandable graphite building products.

Petrography has also been conducted on samples from the nearby Eunha Project where
a rockchip sample result of 19.3 per cent TGC was obtained from a graphitic unit that previous mapping had identified over a 1.3km strike length.

As can be seen in the following map outlining PSM’s large range of projects in South Korea, Eunha is in close proximity to the Chugwang graphite project, a factor that could work in the company’s favour in terms of producing large scale quantities should the projects be commercially viable. 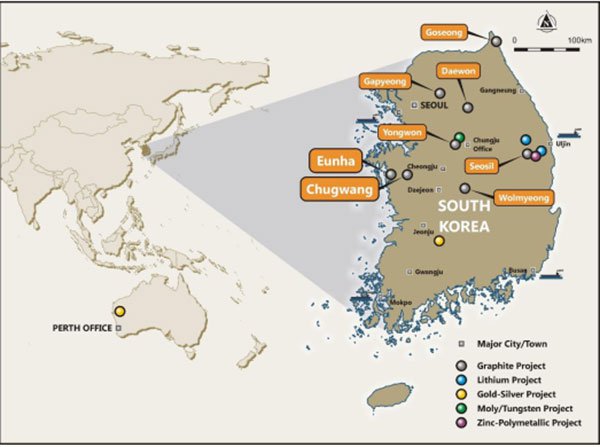 Importantly, the petrography on the Eunha sample identified a minor population of micron flakes in excess of 500 with widths between 50 and 100 micron. This has prompted management to progress mapping and channel sampling across the graphitic units at
Chugwang and Eunha as soon as possible, as well as conducting initial metallurgical testing to determine the potential for large-flake graphite concentrate production.

PSM had previously signed an offtake Memorandum of Understanding (MOU) with Korean expandable graphite producer, Graphene Korea Co. Ltd, that required initial supply of up to 20,000 tonnes per annum of large flake (+180 micron), more than 95 per cent TGC graphite concentrate for the production of non-flammable, light-weight, expandable graphite building cladding products for which demand is rapidly growing in Asia.

Commenting on the exploration success and its significance in terms of commercial agreements, PSM’s Managing Director Jon Dugdale said, “We are very pleased to have identified potential for large to jumbo-sized flake graphite concentrate production in Korea, an important development given that Peninsula Mines is on the doorstep of the world’s largest market for high-growth expandable graphite and lithium-ion battery production”.