Peninsula Mines Ltd (ASX:PSM) today announced that it has been granted a key exploration and mining tenement over the high-grade (>16% graphite) Gapyeong graphitic unit at the Gapyeong Graphite Project in South Korea.

PSM has been granted the key tenement — Gapyeong 125-3, that covers the bulk of the known strike length of the high-grade graphitic unit at the Gapyeong Graphite Project, located 50km east of Seoul. 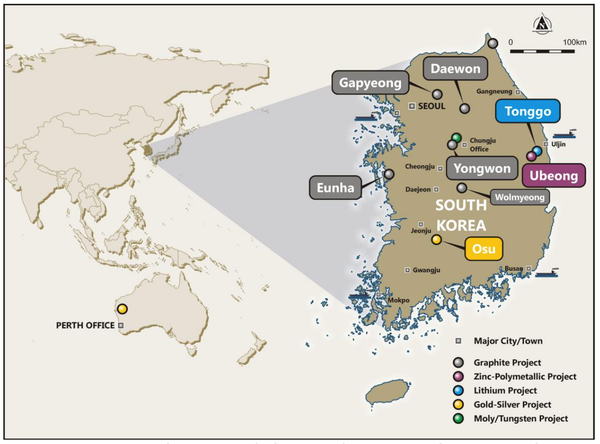 The company is now planning channel sampling and initial drilling to test for continuity of the high-grade graphite surface results, averaging more than 16% total graphitic carbon (TGC), that is already indicated by highly conductive electromagnetic survey results over a one kilometre strike length.

Drilling is set to commence — subject to final access agreements with local landholders — following the initial drilling programme at the Eunha Graphite Project, which is in progress. 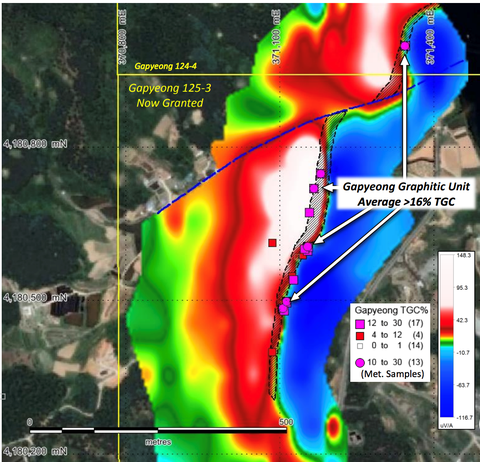 Peninsula Managing Director, Jon Dugdale, commented, “Now that the key tenement at Gapyeong is granted we are planning an initial drilling program to confirm the continuity and thickness of this very high-grade graphitic unit, before continuing drilling to define a high-grade graphite resource for potential development.”