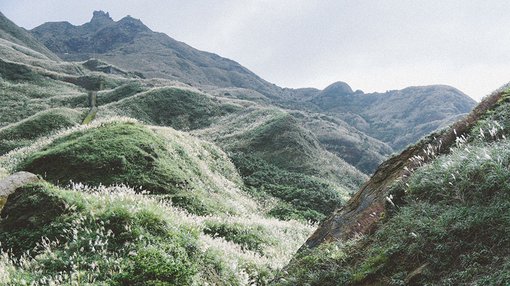 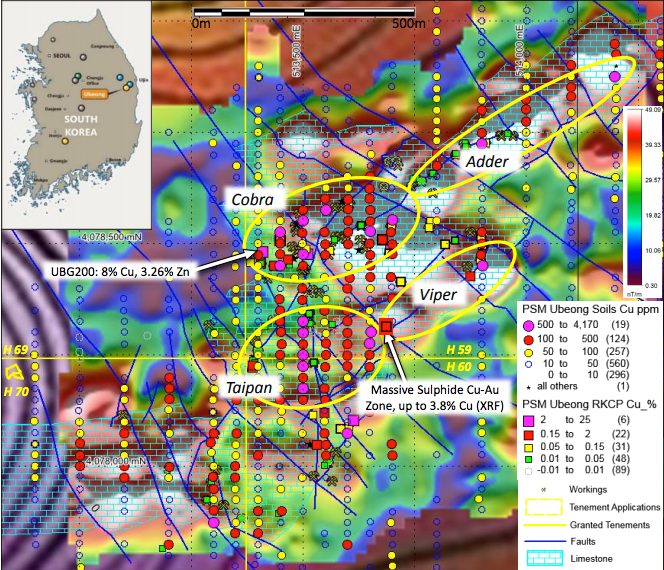 PSM has four tenements and multiple tenement applications across the eastern 10 kilometre strike length of a highly prospective, limestone-skarn unit that includes the historical Chilbo mine workings, and also adjoins the operating Keumho zinc-lead-silver mine.

It should be noted here that it is early stages for PSM and therefore investors should seek professional financial advice if considering this stock for their portfolio.

The high-grade, zinc-lead-silver and copper-gold mineralisation identified in the Chilbo workings area occurs towards the eastern end of the limestone skarn unit, associated with an extensively faulted zone that has offset the unit and is interpreted to have acted as a conduit for mineralisation.

The massive sulphide zone was discovered during follow-up of a 4,162 grams per tonne of copper (0.42% copper) soil anomaly at the eastern end of the Taipan prospect.

This massive sulphide potentially links 300 metres along strike to the northeast, with previously identified pyrrhotite-chalcopyrite sulphide skarn that has been traced across a 27 metre width.

Channel sampling is currently in progress across both of the copper-bearing massive sulphide zones: 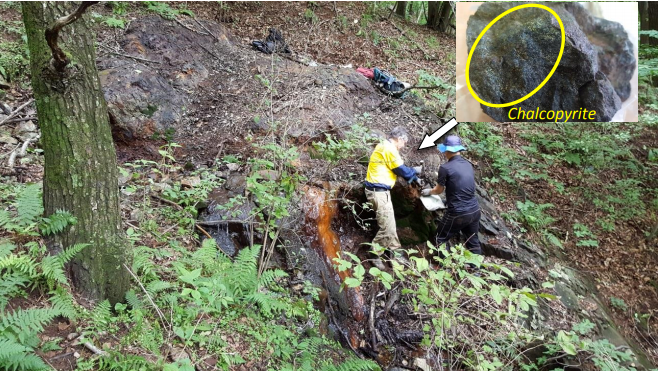 Systematic channel sampling using a diamond impregnated rock-saw has now been completed across this zone, with results expected in the coming weeks. The use of a rock-saw allows the channel sampling to effectively simulate diamond drilling, at surface.

Minor sulphides, including pyrrhotite and pyrite, have been observed in the foliated pelitic rocks with isolated veins with galena (lead) and sphalerite (zinc). Deeper in the hole, from 198 metres to 208 metres, minor graphitic shale units were intersected. The targeted skarn-limestone unit has not yet been intersected.

Promisingly, further drilling of up to three holes is planned to begin next week. This will test the Taipan and Cobra high-grade zinc-lead-silver and copper-gold targets.