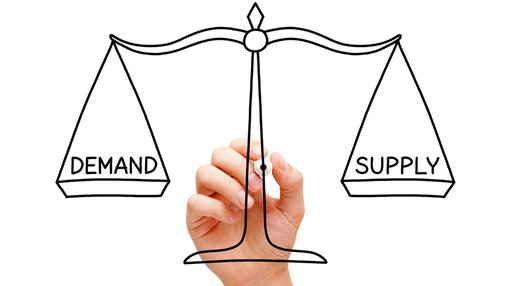 The board of Northern Minerals (ASX:NTU) has given the green light for the construction of a three-year pilot plant project at its Browns Range Dome, which all going to plan will see the company producing dysprosium by mid-2018.

The 1500 square kilometre geological feature, much of which remains unexplored is located in the vicinity of the Western Australian/Northern Territory border.

Successful completion of the pilot plant development would position the company to be the first significant world producer of dysprosium outside of China. 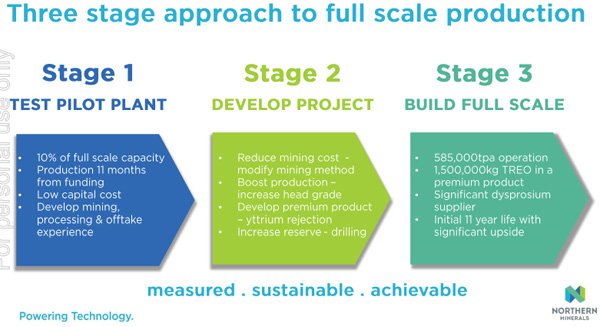 While much of the focus in recent years has been on the likes of lithium, graphite and cobalt, dysprosium has been overlooked despite the fact that its magnets are used in clean energy and high technology solutions.

Increased demand for electric cars and wind turbines should drive substantial demand for the product in coming years.

The capital cost for the pilot project is estimated at $56 million and will be funded by a mix of equity, debt, offtake prepayments and deferred payments.

The sales agreement includes a prepayment of $10 million receivable in early 2018 and 40 million unlisted options at an exercise price of 25 cents. Hence, some of the funding is already in place.

The research and development side of the equation has been financed by a combination of equity, debt, sales prepayments and a deferred payment terms agreement with Sinosteel MECC.

As the Browns Range pilot project is being undertaken primarily to assess the feasibility and economic viability of the larger scale project, the company will utilise R&D tax incentives to recover a portion of the capital costs of the pilot scale project.

Sinosteel MECC will play an important role in the project as it will immediately commence construction of processing plant modules which will then be transported to site. In tandem, open pit mining, site clearing works and development of surface infrastructure will be occurring.

The processing plant is being constructed to deliver a throughput of 60,000 tonnes per annum for three years, approximately 10% of the size of the proposed full-scale development which will allow NTU to assess, refine and confirm the optimal flow sheet.

The following provides a guide as to the milestones management is targeting over the next 12 months.