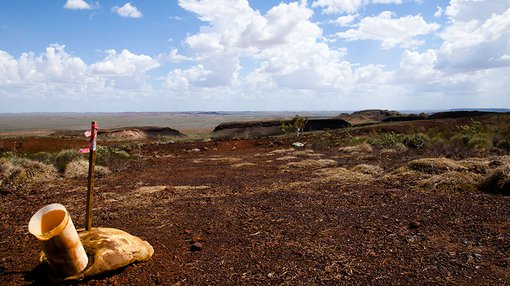 The samples were collected from the project’s P45/3039 tenement during a mid-December site inspection, field trip evaluation, and technical due diligence of the East Pilbara Projects. During this site visit all of the projects that MRR is currently in the process of acquiring were visited.

The map below identifies the company’s East Pilbara Project area. 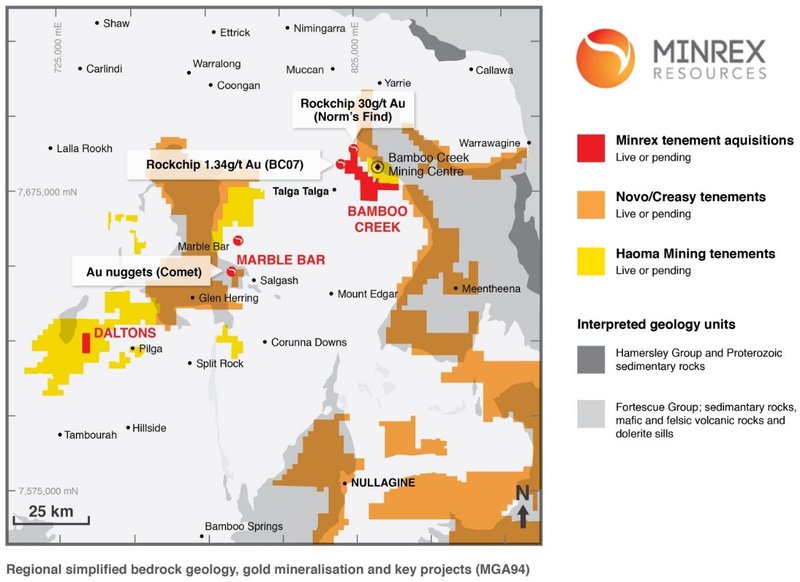 MRR decided to collect rock chip samples as metal detecting was impractical in this area due to the presence of scrap metal scattered on the surface, adjacent to numerous old workings.

The rock chips were all of vein quartz rocks collected from the surface expressions of old workings and diggings along a ridge line in the northern quadrant of the tenement area, adjacent to a significant number of historical workings that are up to 10m deep.

The highest gold value is 17.1g/t gold, while the average for all ten samples is 2.6g/t gold with half of the samples have assay values in excess of 1g/t gold. These finding are in addition to the six gold nuggets, totalling 22.7g, in the Marble Bar P45/3040 tenement area that were located during the December 2017 field inspection, as previously reported.

The below aerial photo overview of Marble Bar project tenement P45/3039 shows the rock chip sampling area in the foreground and Haoma Mining’s Comet gold mine in the background. 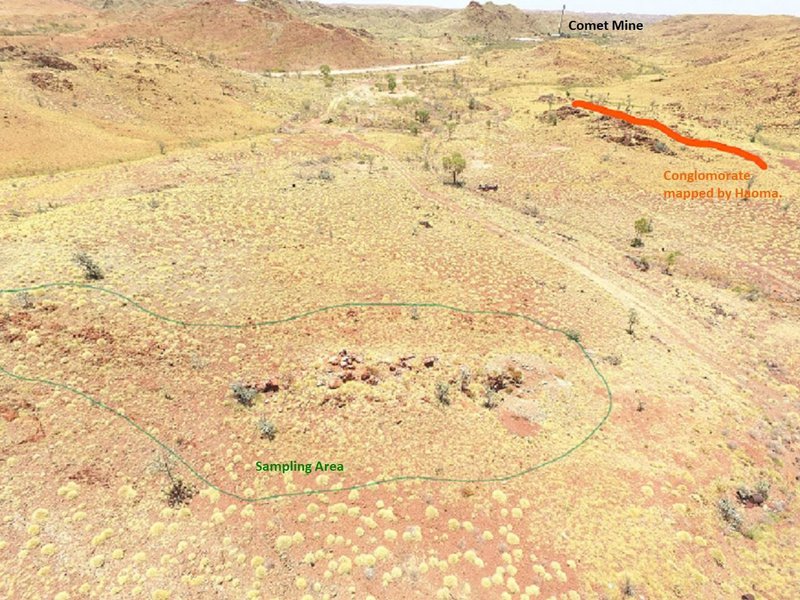 As part of its ongoing initial exploration work on the Marble Bar tenements of the East Pilbara project, MRR will be looking to collect a large number of rock chip samples from along this ridge line and throughout the entire P45/3039 tenement.

This initial exploration of the East Pilbara Project areas will include the collection of a significant number of rock chip samples from the areas of old workings in P45/3040, during the proposed field work and geological mapping.

The results received to date suggest that Marble Bar’s P45/3039 and P45/3040 tenements are both highly prospective for gold mineralisation. The large number of old workings and diggings in this area, in conjunction with the excellent assay results received from these initial ten rock chip samples, is considered highly encouraging for the discovery of potentially economic gold mineralisation in this area.

MRR Executive Director, Simon Durack commented, “These excellent gold assay results from P45/3039, further enhance the prospectivity and potential of the East Pilbara project areas. We look forward to the completion of the final conditions precedent to the settlement of the acquisition of the East Pilbara tenements and commencing our exploration programs as soon as possible thereafter.”