Mozambi Resources (ASX:MOZ) has signed an option to acquire two graphite licenses in the prolific Cabo Delgado region in Mozambique.

The Mozambique Mines Ministry is expected to grant these licenses in the coming weeks.

In addition, a net smelter royalty of 3% will be paid on all minerals.

MOZ’s push into Mozambique provides an opportunity to discover and develop a continuation of the prolific graphite mineralisation of the Balama and Nicanda Hill deposits. 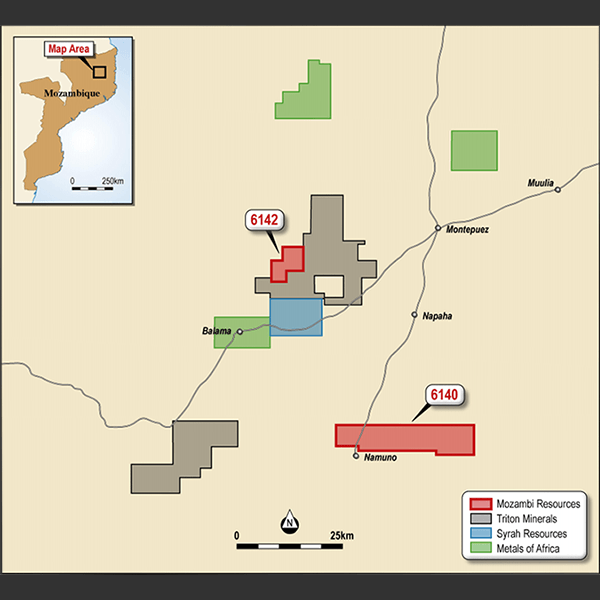 The underlying geology comprises high grade metamorphic rocks that stretch from southern Mozambique to the Red Sea in the north. There are widespread graphite occurrences throughout.

Several areas within this mobile belt are known to host large tonnage graphite deposits, usually with a high proportion of larger flake sizes. Larger flake sizes command a higher price in the graphite market, and are much sought after.

There has been limited fieldwork conducted on the tenements acquired to date, leaving room for potential new discoveries.

MOZ will commence fieldwork immediately after licenses are granted, possibly as early as this month. This will include trenching, rock chip sampling, mapping, and ground geophysical surveys.

The goal is to determine whether license 6142L contains a continuation of the stratigraphic hosting as seen at Balama and Nicanda Hill. Target definition at 6140L will occur concurrently.

“We are very excited about the potential this area holds in an emerging basin for graphite and vanadium.

The board is extremely pleased with the quick turnaround time we have seen from the start of negotiations through to this point.

The smooth way in which we have been able to conduct this transaction is testament to the emerging mining industry in Mozambique.”