Mozambi begins the Hunt for customers 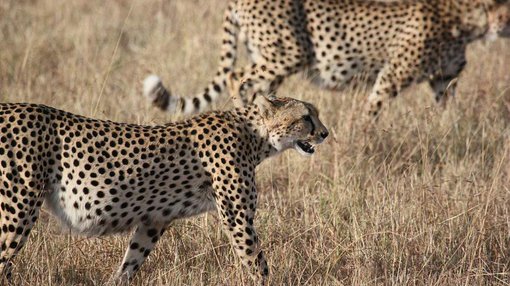 MOZ managed to snag the founding director of Magnis to become its chairman, as the company seeks to leverage Hunt’s experience in the graphite market to talk to end users.

It is thought Hunt has played a big role in several metals deals over the past 25 years, and has even gone as far as setting up his own minerals trading company with a strong Chinese focus.

He also spent time in London with BHP, selling minerals to European and Middle Eastern customers.

The appointment is a clear sign that MOZ is starting to talk more seriously to the graphite market about a potential offtake deal.

It is thought Hunt played a leading role in securing offtake deals for Magnis’ graphite, and given the relative proximity of the two companies’ projects, MOZ would be confident in being able to swing a deal.

“This is a major validation of our vision for the company, to be able to attract a director of the calibre of Mr Stephen Hunt,” MOZ managing director Alan Armstrong said.

To make way for Hunt, current chairman Aiden Wing will step down but remain at the company as a company secretary.

MOZ recently confirmed the presence of large to super-jumbo flake at its Namangale project in Tanzania.

Jumbo and Super Jumbo flakes are in demand from end users, as they are easier to process than finer materials.

It is thought that Magnis Resources’ (ASX: MNS) large to jumbo flake size was behind a raft of offtake deals struck with South Korean and Chinese companies including Sinosteel and Sinoma, despite having lower grades than contemporaries Triton Minerals (ASX: TON) and Syrah Resources (ASX:SYR). It has also recently struck an EPC and financing MOU with South Korean outfit Posco.

Grades for the samples have yet to be released, but MOZ is currently getting this tested ahead of a JORC resource estimate.

A number of resource companies have declared resources nearby, including fellow ASX-listed company Magnis Resources, which has a project 60km to the north.

MOZ’s project could be bigger in scale and covers more ground.

*An earlier version of this story incorrectly stated that MNS had an offtake agreement with Posco, rather than an EPC and financing MOU*