Mozambi Resources (ASX:MOZ) has continued its good form with further discoveries of what it says are exceptional super jumbo and jumbo flake graphite metallurgical results.

This comes on the back of an early December announcement explaining that the company had entered super jumbo territory after technical work on samples from its Namangale project confirmed the presence flake sizes of 0.5mm and 1mm.

Today’s announcement highlights outstanding distribution of up to 96.6% confirmed in categories of Super Jumbo, Jumbo and large flake mineralisation at Namangale 1, 2 and 3.

The results come from both the recently completed diamond and RC drilling campaigns.

Recently appointed Mozambi chairman, Stephen Hunt said of the results, “The distribution results confirming Super Jumbo and Jumbo flake graphite at deposits 1,2 and 3 are a tremendous validation of the excitement that the Board has for the Namangale project. These excellent flake size results combined with the consistent mineralisation grade are essential to maximising revenue and enabling the fast tracking of the project into production.

Flake size distribution results from graphite schist samples from Namangale 1, 2 and 3 show up to 37.9% Super Jumbo size of larger than 500μm and low proportions of amorphous graphite.

The 96.6% distribution was returned at Namangale 2. 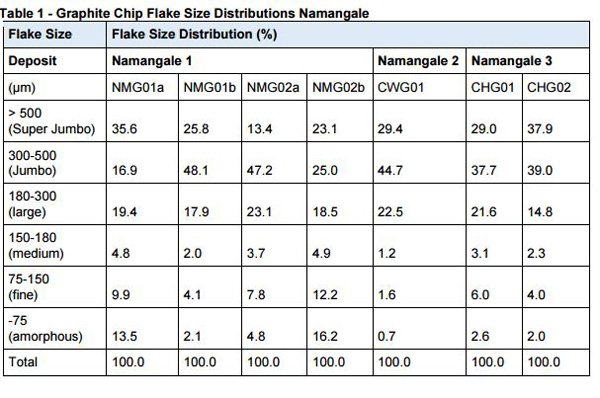 The size of the graphite continues to impress those associated with the Namangale project.

ALS Metallurgy have been carrying out Optical Microscopy examinations in Namangale 1 and found that they are comparable to previously announced results in Namangale 2 and 3.

The results indicate that mineralisation from this area has the potential to achieve excellent graphite concentration.

The Company is also in discussions with specialist organisations with regard to initiating a pre-feasibility study on the Namangale Projects.

Mozambi is now focused on completing its maiden JORC resource. 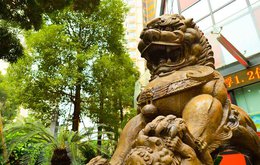 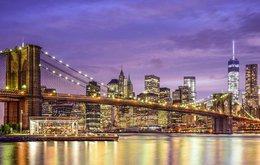 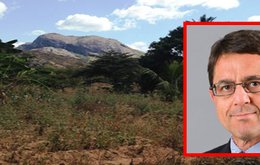