Mount Ridley looking for success at depth in hole 16

Behind what appeared to be a fairly bland news release by Mount Ridley Mines (ASX:MRD) on Wednesday could be a good story, and what’s more a promising share price catalyst. Arguably, this accounts for its shares opening 11% higher after the announcement was released.

The news relates to the recommencement of drilling at diamond drill hole MRDD016 following the termination of drilling at 620 metres (target depth was between 750 metres and 800 metres).

It is the nature of the mineralisation identified near the 620 metre mark that has prompted management to recommence drilling as previously planned.

On this note, managing Director, Ashley Hood said, “The geology and sulphides encountered in the end of the hole (620 metres) suggests that the hole should be re-entered and continued to its original planned depth”.

Putting some flesh on the bones, management explained that drillhole MRDD016 intersected 287 metres of mafic to ultramafic intrusives from 333 metres to the end of the hole.

The intrusive contains complex intercalated barren and mineralised mafic to ultramafic zones. Within the mineralised sections is lightly disseminated and globular blebby sulphides which management sees as encouraging given that they are present in coarse-grained mafic to ultramafic intrusive rocks identical to those encountered in three other holes.

As indicated in the following excerpt from June 3, 2016, it was predominantly the identification of important geological features at depth at another target that was instrumental in MRD’s share price increasing four-fold between February and July this year, suggesting it could pay to closely monitor the results of MRDD016 when they come to hand.

However, this is still an early stage company and anything can happen. Seek professional financial advice before making your investment decision. 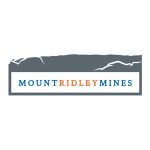