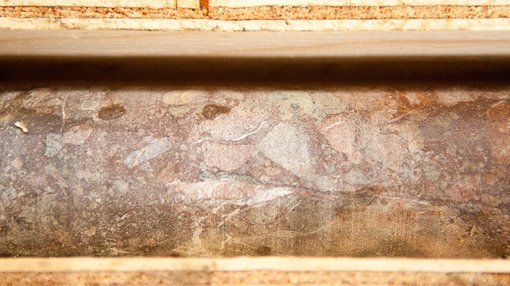 Meteoric Resources NL (ASX:MEI) this morning announced it had finalised its initial drill programme for its Midrim copper-nickel project, 85 kilometres south of the copper mining and smelting region of Rouyn-Noranda in Quebec, Canada.

To date, 2270 metres of diamond drilling has been completed at Midrim, intersecting thick zones of massive sulphides.

It is early stages here and investors should seek professional financial advice if considering this stock for their portfolio.

While re-opening several historical holes, three holes were twinned to collect fresh samples for verification assaying and to allow for a geological review of lithologic relationships through the mineralised zone.

The below photos show one of the massive sulphide intersections — ‘massive sulphide’ refers to over 80 per cent sulphide minerals — with mineralisation consisting of chalcopyrite, pyrrhotite and minor pentlandite. 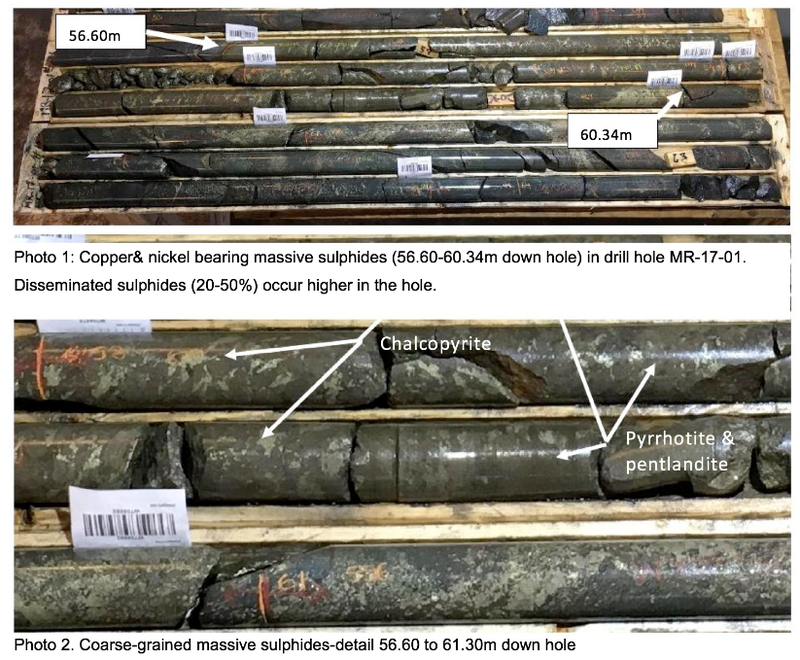 Logging and sampling of all the core from the drilling programme is now underway, and the company expects to release results in early 2018.