The Mulligan project has previously produced eight tonnes of ore grading 10% cobalt, and is the first target of the company’s cobalt focussed exploration campaign.

MEI will undertake a high-resolution gradient IP survey on a 25m spacing alongside a ground magnetic survey by Canadian Exploration Services Ltd (CXS). These results, along with the magnetometer survey findings, will generate drill ready targets for the company’s upcoming diamond drilling campaign pegged for Q3 2018.

The Induced Polarisation (IP) survey, which will be closely spaced, along with the magnetics and resistivity surveys targeting the structure at Mulligan which is thought to host known cobalt mineralisation, will all kick off on 1 May 2018.

MEI’s Cobalt Manager Tony Cormack has been on site for the past week, overseeing the final preparations in the lead up to the program commencing formally, as well as evaluating additional opportunities in the area. Mr Cormack is expected to remain in-country to supervise the exploration activities undertaken by geologists from Orix Geoscience (MEI’s in-country partner).

It should be noted that MEI is an early stage play and anything can happen, so seek professional financial advice if considering this stock for your portfolio.

MEI Managing Director Dr Andrew Tunks commented on the update: “The sun is finally shining in Canada and Meteoric will be hitting the ground running over the next few weeks. Tony Cormack has been in Canada for the last week meeting officials from the various government departments to ensure all permissions are in place and working on target generation with the Orix team.

“It is exciting that we can finally commence field work on our Cobalt portfolio, after all it is only during the field work and drilling cycle we can make a discovery.” 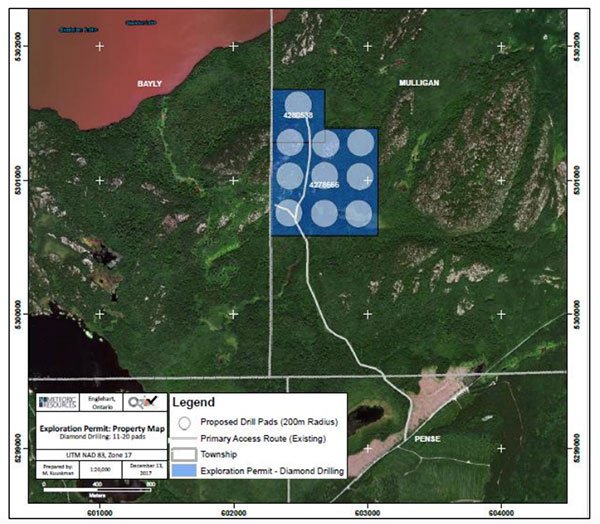