Latin Resources (ASX:LRS) announced today that it had applied for three exploration licenses in the La Rioja Province of Argentina.

While there hasn’t been any recent mining conducted within the licence areas, they join the King Tut mine that was an historic producer of cobalt and gold ore, and has been documented by various authors as being prospective for gold and high grade cobalt.

The main activity in that region was in the early 1900s where a mineralised vein or series of veins contained high grade cobalt-gold material with a recorded production of between 60 tonnes and 80 tonnes of cobalt ore with an average grade of 1.3%.

Sources that date back to 1984 suggests the King Tut mine is the only known cobalt deposit in Argentina and contains grades usually ranging between 0.2% and 2.45%, though these grades are not supported by JORC compliant data.

It should be noted that LRS is in the early stage of exploration and investors considering this stock for their portfolio should seek professional financial advice.

In discussing LRS’s strategy to become a multi-mineral supplier to the electric battery and storage market, Managing Director Chris Gale said, “The addition of the cobalt project to the lithium projects in Argentina adds further value to LRS’s business of exploration and development of mineral resources, but specifically focusing on the demand for batteries for electric vehicles and storage”.

Gale noted that the cobalt concessions applied for are situated in the Argentinian province of La Rioja, a province that sits between Catamarca and San Luis province which hosts the company’s current lithium projects. 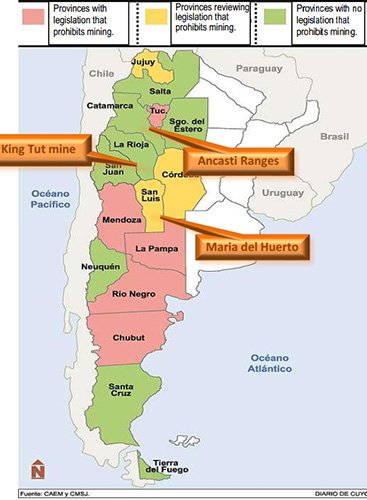 Gale confirmed the company was gearing up for the next stage of drilling at the lithium projects, a potential share price catalyst as the company awaits approval of the La Rioja licences.