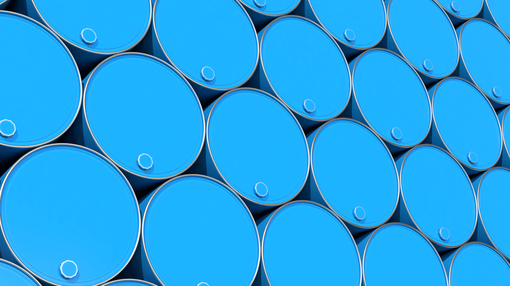 Whilst oil took a tumble today as Saudi Arabia disclosed increased production, ASX junior Lion Energy (ASX:LIO) has been moving things steadily along at its oil play in Indonesia. Finfeed.com speaks with CEO Kim Morrison about its near term production potential, the current oil climate and operating in a highly prolific onshore hydrocarbon region of Indonesia.

It should be noted before we start that Lion Energy is still in its early stages and is some way from becoming a prominent hydrocarbon producer, as such investors should seek professional financial advice if considering this stock for their portfolio.

Finfeed: Your tagline is: a new approach to Asian Energy, can you talk us through Lion’s approach and what this could mean for the region’s energy supplies?

Kim Morrison: Since our restructure in 2014 Lion has been working on a dual conventional and unconventional strategy where we leverage our conventional exploration and production assets to build our unconventional knowledge and footprint. Although we have refocussed on building our conventional resource base in recent years we still see enormous unconventional (tight gas and oil) potential in Indonesia. With continued prudent expansion of our position, Lion will be in an excellent position to benefit from the inevitable Asia Pacific unconventional revolution which will follow on from the stunning success we currently see in the US. This will transform the Asian energy markets and help meet the regions ever rising energy demand.

FF: Why did you choose to focus on Indonesia?

Indonesia, apart from being one of Australia’s closest neighbours, is the most populous country in South East Asia and fourth largest globally. It has a mature highly successful oil and gas history with some of the most prolific hydrocarbon provinces in the region. Lion has operated successfully in Indonesia for over 15 years and is attracted by the opportunity for smaller companies to gain a commanding and profitable position in some major hydrocarbon producing areas. Lion ‘s senior management have all lived and worked in Indonesia and we have in-country, well respected major Indonesian shareholders as well as industry respected, country experienced advisors to help us grow our business.

KM: What are the difficulties of operating in this region?

The Indonesian government recognises its bureaucracy slows the pace of exploration and development, and as a national imperative is taking steps to reduce red tape. Recent improvements include a one stop shop for approvals to undertake activities and plans to free up access to data. Under President Jokowi Indonesia has also made big steps in stamping out corruption, particularly in the oil and gas sector. This is evidenced by data from Transparency International which shows steady improvement in each of the last 10 years

FF: How have you overcome these?

KM: With our long-term experience in Indonesia and in-country, respected Indonesian advisors to help navigate the bureaucracy, and our zero tolerance policy towards corruption, Lion is able to successfully operate and grow our business in a sound, responsible and ethical way.

FF: Tell us about your projects in the region?

KM: Lion has existing solid oil production from our Seram PSC in Eastern Indonesia which produces around 3500 bbl gross (90 bopd net). This is currently delivering net cashflow of around US$40,000+ which covers a large part of company overheads. The Seram PSC also includes the Lofin gas field discovered in 2012 and appraised in 2015. At a massive 2 trillion cubic feet (tcf) of recoverable gas (50 bcf net to Lion) this is Indonesia’s largest onshore discovery in recent times. The joint venture is currently working on the extension of the Seram PSC post October 2019 to allow for a potential commercialisation via LNG and or CNG development.

Lion also has 40.7% in the South Block A PSC. This is an exciting permit located in the centre of the North Sumatra Basin which has discovered reserves of over 25 tcf and 1.3 billion barrel liquids. The Joint venture recently drilled the AMT-1 discovery well testing a shallow structure with gas and oil zones encountered. The 2017 plans are for further appraisal leading to commercialisation. Work is also advancing on plans to drill the world class Jerneh gas and condensate prospect located in the west of the permit. With access to available capacity in an existing gas pipeline crossing through the permit, early commercialisation can be realised in the event of a discovery.

FF: What is the key project and key focus for the company?

KM: Our current focus is on both the development of the huge Lofin gas resource; and, appraising, with view to early commercialisation of our Amanah Timur discovery. The company is also focussing on the acquisition of additional production assets taking advantage of subdued industry conditions. Given the importance of preserving cash and maximising shareholder value, Lion continues to keep a tight control on our costs and we operate with some of the lowest overheads amongst our ASX peers.

FF: What are the projections?

KM: Our immediate goal is to more than double existing production in the next 12 months to allow Lion to become cash flow positive with a longer term goal of growing production to substantially above these projections in the next 3 years. Lion is well positioned to become a major Exploration and Production company in the region.

Editor’s note: Like all oil exploration, drilling success is speculative at this stage and investors considering this stock for their portfolio should invest with caution.

FF: At what stages are you with these projects?

KM: We are putting considerable effort into commercialisation options for the Lofin gas field; some of which include relatively near-term company transformational production opportunities. We are also confident that the Amanah Timur discovery will allow for a modest size but commercially attractive gas and oil development in the near-term. In addition, we have identified a number of attractive producing or near-term producing opportunities that are currently in the advanced stage of due diligence.

KM: Production from Seram in 2016 benefited from a highly successful 2015 to early 2016 development program. Current production is on a modest decline and we anticipate solid results through 2017 with Lion benefiting from an improving oil price environment and ongoing cost reductions in the PSC operations. In addition, we have further development drilling locations ready to go once we have clarity on renewal or extension post October 2019, which have the potential to significantly increase gross production from the current levels of approximately 3500 bopd.

FF: You have also increased your equity in South Block A PSC, what has this meant for the company?

KM: Lion is delighted to have increased our equity in SBA which provides more leverage to success as well as the flexibility to dilute our position going forward in return for outside funding of some of the higher priced activities such as drilling of the Jerneh prospect.

FF: You have had a solid quarter, what do you put this down to?

KM: We are sticking to our business plan, keeping a tight rein on costs and expenditures while actively pursuing existing and new appraisal and development options.

FF: What have been some of the major highlights of the quarter?

KM: Continued solid production in Seram with the Operator continuing to reduce costs thus increasing our net cash returns, a discovery at AMT-1 with plans for early appraisal and advancement in of efforts to acquire new production assets as well as low risk exploration acreage.

FF: Should you make the discoveries you are hoping to, what would this mean for oil and gas supply in the region?

KM: Indonesia is a significant net oil importer and any increased local oil production is actively encouraged by the Indonesian Government.

Development of our Lofin gas resource has the potential to significantly impact the immediate and rapidly growing demand in the Eastern Indonesian region for gas and electricity. Our conventional and unconventional projects in Sumatra have the potential to benefit from undersupply ensuring a high price gas markets with the ability to leverage existing gas infrastructure.

FF: What are your views on the current state of oil and gas supply in the region?

KM: Asian energy demand, especially in Indonesia, continues to grow rapidly and natural gas, in particular, is in high demand with rising gas prices due to this demand compounded by declining production from existing mature fields.

Editor’s note: Gas prices and demand do fluctuate caution should be applied to any investment decision here and not be based on spot prices alone. Seek professional financial advice before choosing to invest.

FF: What issues are currently affecting supply and how are these issues being combated?

KM: The Indonesia government is working hard to increase gas and oil output which continues to decline due to the age and maturity of existing fields. The government is working actively to encourage new investment. While the immediate focus is on bringing new discoveries such as Lofin on stream in as short a time as possible, they also see unconventional oil and gas as a key part of In Indonesia’s future and Lion is poised to be at the fore-front of this industry as it matures.

FF: Do you see the price of oil continuing to rise?

KM: We have a positive sentiment on oil price which we see as being underpinned by forecast increased economic growth globally and in the rapidly expanding Asian region compounded by continued declining oil supply from conventional sources.

FF: What should we expect from Lion to the end of the financial year?

KM: Lion is working hard with the expectation of securing a new production asset, in addition, the company is preparing to drill an appraisal of the Amanah Timur discovery whilst finalising plans to drill the 220 bcf plus Jerneh prospect. Lion will continue to work closely and diligently with the operator on increasing cash flow from the Seram PSC production and to fast track commercialisation of the Lofin gas field.

FF: What is the company hoping to achieve in this time?

KM: Lion’s overriding focus is on building shareholder value. With our shares currently trading at around a quarter of the independent valuation of 24 cents per share recently assessed by well-respected resource analyst, Peter Strachan, we are confident our efforts will be rewarded by significant share price appreciation as we deliver on our plan.

FF: Kim, thank you for your time.